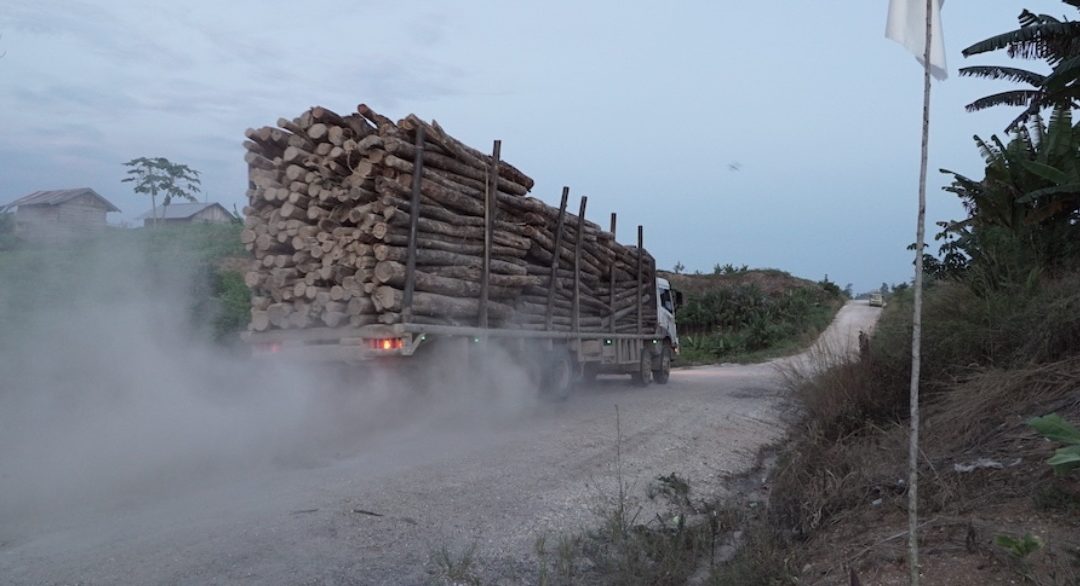 Jakarta/Berlin, 3 December 2020 –  New evidence indicates that buyers and banks’ ineffective due diligence systems have allowed Asia Pulp and Paper (APP), a global market paper supplier, to ignore its own forest conservation and human rights pledges, with the result that conflicts and violence continue unabated in the Indonesian regions where the company produces and sources fibres for its paper production.

A new report by the Environmental Paper Network (EPN) shows that, despite its 2013 commitment to end deforestation and expansion on peatlands, respect human rights and resolve social conflicts, the company has, over the past two years, been linked to deforestation fibres and to forest and peat fires in lands under its control, and has failed to adequately address social conflicts that stem from its failure to ensure respect for Indigenous Peoples and community rights to refuse development on their lands. The report confirms that APP continues to source much of its fiber from carbon rich peatlands that are drained and emit huge climate emissions and cause massive forest and peat fires directly threatening public health.

Sergio Baffoni, coordinator of EPN campaign to protect Indonesia’s rainforests, said: “APP is a wolf in sheep’s clothing. For years they have pretended to be a green champion, but their commitment to forest conservation and social responsibility remains empty words. Conflicts, intimidation and violence continue to ravage communities living in the areas exploited by APP and its suppliers”.

Social conflicts, particularly conflicts over land, are a recurrent feature of the pulp and paper sector from Indonesia to Canada and Chile. The pulp and paper industry spans over more than one hundred million hectares of forests and tens of millions of hectares of pulpwood plantations. In many cases, these plantations were established without the free, prior and informed consent of forest-dependent Indigenous people and local communities, resulting in numerous conflicts. This is the case in Indonesia, where APP and their suppliers are involved in hundreds of social conflicts, many of which have recently intensified. In recent months, APP has also scaled up encroachment and intimidation tactics against villagers, including the use of drones to spray herbicide over villagers’ gardens on disputed lands, and bringing army officers into communities intimidating villagers by shooting in the air. Because of a legacy of degradation and conversion of bio-diverse natural forest ecosystems and failure to respect rights, in October 2007 APP was  disassociated from the Forest Stewardship Council certification scheme.

Aidil Fitri, Executive Director of Hutan Kita Institute, said: “Hundreds of local communities see their land taken away by these paper companies and their rights are ignored. In the last months we have seen an escalation of violence in the territories exploited for plantations by APP and its suppliers, triggering confrontations and social conflicts that exploited communities have little power to resolve.“

Greenpeace Indonesia’s Forest Campaigner Rusmadya Maharuddin said: “APP remains a highly controversial supplier of pulp and paper products to the global market. All buyers, financiers, banks and companies that continue to do business with APP and the Sinar Mas Group are complicit in their abuses“.

EPN wrote to international banks and financiers urging them to stop financing  both APP and APRIL until a trustworthy independent third-party verification has demonstrated that they and their affiliated companies have improved their practices, remedied past social and environmental harm and met demands made by local and international NGOs detailed in the report.

Please note: in December 2020,APP responded to this document with a statement, denouncing EPN’s “misinformed allegations.” As proved by the EPN response, APP has provided an inaccurate and misleading response to the evidence of a failure to implement its own Forest Conservation Policy. See more: https://environmentalpaper.org/app-s-smoke-screen/