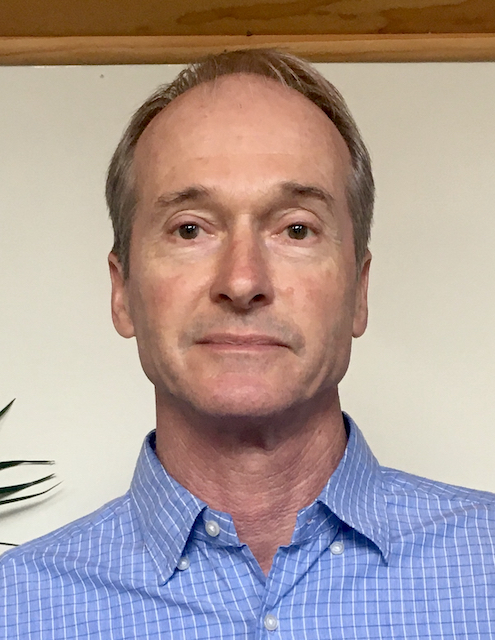 Greenpeace is one of the most visible environmental organisations in the world. Peter Gerhardt from EPN reached out to Grant Rosoman, Senior Advisor, Forest Solutions at Greenpeace International.

Why did you become an environmentalist?

I was always interested in forests, growing up in New Zealand, surrounded by nature. The key trigger was witnessing deforestation and desertification and their effects on people when I was traveling in India in the 80s. I recognised the importance of forest ecosystems for humanity and the planet.

What made you join Greenpeace?

I joined Greenpeace in 1993. At that time, Greenpeace was one of the few organizations that was working globally on forests. I started as a volunteer in local organizations in 1987 including for Greenpeace, but I wanted to have a bigger impact and be part of a global effort. Greenpeace just started a forest campaign, so I jumped on board.

Now you are a senior advisor at Greenpeace. What does that mean exactly?

I provide expertise, mainly on forest solutions. That means working with affected communities to find ways of solving the problem of deforestation. My role is quite technical and policy driven, but also includes work on the ground, like supporting regional offices by helping them with their strategies and the design of their campaigns.

Could one say that your personal story is a blueprint of how Greenpeace developed as an organization? From more direct action to policy work?

Yes, maybe. Most of us at Greenpeace worked many years as volunteers, no one got paid until the early 80’s. Through time, we have focused increasingly on politics, and we are shifting like that still. Now, we are much more focused on movement building and system change rather than individual companies, which has been our focus in the past.

Many people stay with Greenpeace for decades or even a lifetime. What is the reason for this loyalty?

Greenpeace is like a family. The people and the campaigns keep you there. We have close relationships from working together for many years and are a really good team. We feel supported and like we are making an impact. We say, ‘Greenpeace is like Hotel California: you can go, but you can never leave’ – people almost always come back.

Let’s talk about the Indonesia campaign of Greenpeace where there was also intensive cooperation with EPN. When did Greenpeace get involved?

We have been active in Indonesia since 2004, but only started really campaigning there in 2007. Indonesian deforestation started to increase in the late 1990s, and completely escalated after the fall of the government and change in the political system. We focused on the massive clearing and peatland conversion that was happening, and the impacts on climate and ecosystems.

What kind of campaign work was in the focus?

We started by issuing reports and running campaigns against the two biggest paper companies, APP (Asia Pulp and Paper) and APRIL (Asia Pacific Resources International Limited), as well as palm oil companies such as GAR (Golden Agri Resources). We did actions, blocking shipments, collecting evidence that they (APP) were indeed using natural forests to make paper. This led to a situation where APP agreed to stop deforestation and peatland conversion and put up a forest conservation policy in 2013. After that, we switched to advising and providing input on social conflicts, monitoring their supply chain and making sure they really stopped deforestation. But we noticed a sliding of their commitments over time, so we stopped engaging with them in 2018 and continued to scandalize their failures to follow through on their promises. At that time, we worked actively together with EPN and other NGOs.

Looking back, would you say that this is an example of the power but also the limits of market campaigning in the long-term?

Absolutely. Especially when we work together with other organizations, we can really create change. We had a big impact on APP, for example, who had to suffer big losses in sales in order to realize the need for change. But it is hard to sustain that over time. Media attention span has become very short, which makes it hard to keep up the pressure. You need a government doing good governance to ensure long-term forest protection and the protection of communities and their rights. But corruption, the political system and the dominance of large corporate groups in Indonesia make the enforcement of laws and regulations very difficult.

What kind of campaigning tools were helpful in Indonesia?

In the beginning, FSC certification seemed to provide a good leverage. But in 2005, they changed their criteria, allowing a lot of paper companies into the system, bringing in mixed sourcing, which was a disaster. Nevertheless, FSC dissociated itself from large companies that caused destruction, such as APP, in 2008. Now, they (APP) want to get back in, and there are efforts within FSC to change the rules so that companies can be allowed back, if they remediate and restore the damage of the past.

What do you think about that?

It has potential. We could have large areas of forest restored and conserved through this engagement. If APP wants to get back into the FSC, they have to restore and conserve 1:1 what they converted and remediate their social impact. But they are finding ways to get around their commitments, and we have difficulties monitoring their actions. It has to be done right, and we are not there yet.

If certifications are not reliable anymore, what advice can we give to consumers? What can we buy and what not?

It is very hard for consumers. Certifications are a starting point, but you cannot trust them alone. You have to make additional checks to make sure there is no conflict on the ground. I would advise to buy local, if you know local timber products and their origin, it is surely better than from the other side of the planet.

What is the value for Greenpeace to be part of EPN?

We have a shared vision and set of goals for the transformation of the paper sector. Particularly in Indonesia, where the forces we are fighting are so big, we need to work together. Greenpeace is a global organization, but we cannot be everywhere on the ground, so we see great value in being part of the EPN, collaborating and sharing ideas, in order to support local NGOs.