by Peter Gerhardt | May 20, 2022 | EPN-International, Featured Member, Our Network 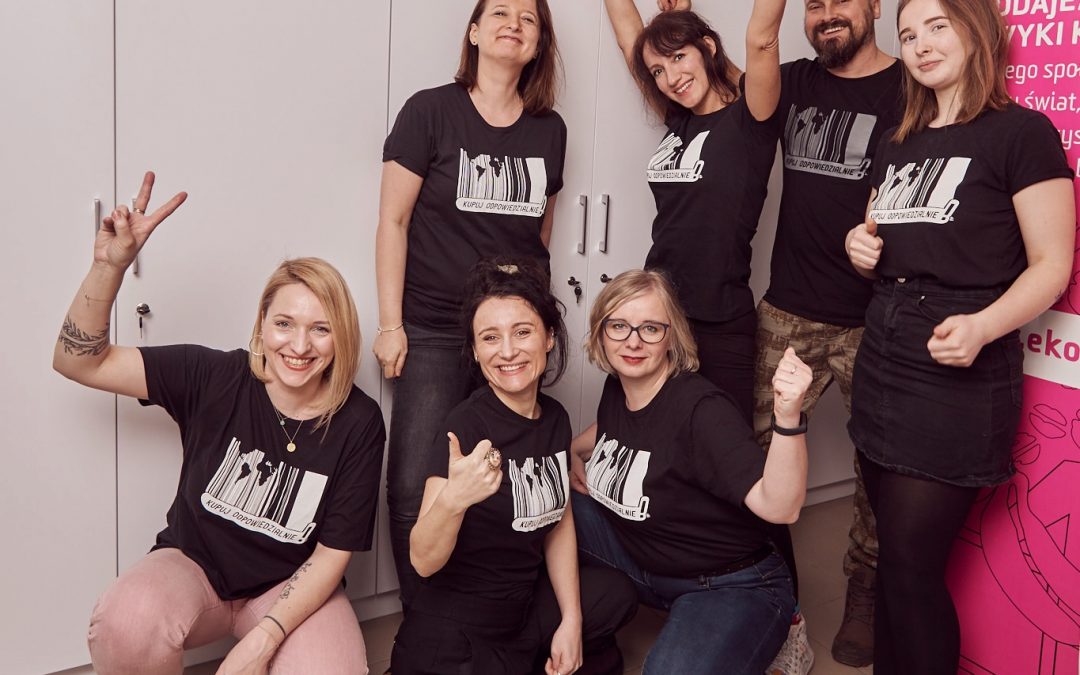 How did you get involved in environmental protection?

I became increasingly interested in environmental topics when I studied environmental protection at the Warsaw university. Afterwards, I moved to Krakow where I got to know the Polish Green Network, which was looking for a coordinator for a sustainable consumption campaign at that time. I applied for the necessary funding, became the coordinator of this campaign, and have been involved in the resulting “Buy Responsibly Foundation” ever since.

How was the Buy Responsibly Foundation founded?

In practice, the organization has been active since 2002 as part of the Polish Green Network program. It resulted from campaigns on sustainable consumption and continued growing over the years. In 2014, the decision was made to found the Buy Responsibly Foundation (Kupuj Odpowiedzialnie). Today, we are 10-12 people working full-time, 7 part-time and various volunteers and we are being supported by various funds and organizations, especially the European Union and the Polish government.

What is the focus of your work?

In the past, we focused a lot on paper and forests. Nowadays, we are lacking the necessary resources for this and therefore concentrate our campaigns on topics like food, fashion, human rights, and climate change. Apart from that, we also do educational work, conduct social media campaigns, raise awareness in the civil society and do lobby and advocacy work. At the EU level, for example, we focus on the mandatory human right’s due diligence law, which is obliging companies to be more responsible throughout their supply chains.

How important is environmental protection in the public debate in Poland today?

Compared to 2008, when I started working with environmental protection, public awareness and understanding of the topic has risen considerably. Movements like Fridays for Future are contributing to this awareness. Nature, especially forests, play a special role in Poland, since we have large areas that are barely or not touched by humans at all, such as the Białowieża forest – one of the last and largest primeval forest areas in Europe. Moreover, the Polish government does not address issues such as the use of coal and fossil fuels sufficiently in its legal documents, which makes it hard to preserve and effectively protect the environment.

How is the current situation in the Polish paper market?

Currently, the paper consumption in Poland is 143 kilos per year and this number is predicted to rise. Compared to many other European countries, this is not much. However, we have several companies that produce paper for the international market. Moreover, ordering online and with that the number of packages is increasing in Poland, especially since the start of the pandemic.

What is the value for your organization to be part of the EPN?

We are part of the EPN because it allows us to take part in special campaigns and have access to a wide network of organizations and information. We joined EPN in the Indonesian Rainforest campaign many years ago, with the goal of raising awareness in Poland about the conditions in Indonesia. Thanks to the EPN network, we were able to connect with experts from other regions and access important research results, data, and information.