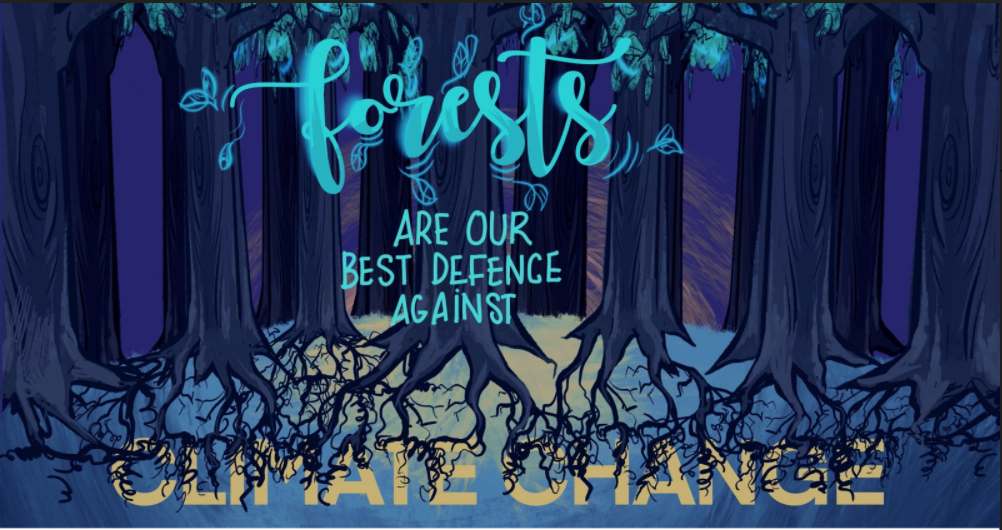 Glasgow, 10 November 2021 – Environmental organizations are pledging their opposition to burning forest biomass for renewable energy in a declaration issued today at the Glasgow climate conference (COP26). The statement (below) was issued as the biomass and wood pellet industries host a series of events at COP26 that NGOs say greenwashes the use of forest biomass for energy.

Burning forest wood for renewable energy is growing explosively, particularly in Europe where renewable energy targets and subsidies of over €10 billion per year reward biomass as “zero carbon” energy.  While some policymakers promote replacing coal with wood, biomass harvesting and use has been implicated in increasing emissions, degrading the EU’s forest carbon sink and contributing to declining biodiversity. Bioenergy is not being directly discussed at COP26, but the role of nature and carbon uptake by forests and other ecosystems is critical to the world’s ability to deliver the Paris Agreement’s goal of holding global temperature rise to less than 1.5 degrees C. Amid concerns about the climate and forest impacts of burning forest wood for fuel, Europe’s largest biomass plant was recently delisted from a leading clean energy index last month due to sustainability concerns.

Peg Putt, a coordinator of the Forests, Climate and Biomass Energy Working Group at the Environmental Paper Network called on policymakers to follow the science: “Treating burning wood from the world’s forests as anything other than another source of carbon pollution that damages forest carbon storage has long since been unmasked as a false climate solution, and affected communities and citizens the world over have had enough. Cheap theatre by the biomass industry with claims that burning forest wood is ‘sustainable’ would be laughable if policymakers were not so prone to falling for biomass industry propaganda.”

Climate science shows that a pathway to net zero requires drastically reducing emissions and finding a way to remove CO2 from the atmosphere, including by protecting and restoring forests. Burning wood for energy emits more carbon pollution at the smokestack per megawatt-hour than burning fossil-fuels, and multiple peer-reviewed studies have concluded that because forests regrow so slowly, net emissions from biomass can exceed those from fossil fuels for decades to centuries. However, the biomass industry claims that “sustainable” biomass is instantaneously carbon neutral, relying on various justifications including the idea that as long as forests are growing elsewhere, carbon uptake instantaneously offsets emissions from harvesting and burning wood.

Mary Booth, director of the Partnership for Policy Integrity (PFPI) said: “We’re in a fight for the future of forests and the climate, but also for the integrity of climate pledges. Even as policymakers pledge to phase out coal and plant trees to address climate change, they allocate billions in subsidies so the biomass industry can log and burn its way through our forests. Policymakers who think we can reduce emissions this way are living in a fantasy.”

Claims by the biomass industry that burning wood is carbon neutral translate to claims that it is “carbon negative” when biomass energy is paired with carbon capture and storage (BECCS). Drax, the UK power plant that burns around 7 million tonnes of wood pellets and which owns pellet manufacturing plants of its own in the US and Canada, is seeking additional subsidies from the UK government to support attempts to become carbon negative using BECCS.

Deepak Rughani, co-director of UK-based Biofuelwatch, said: “It’s absurd and dangerous to hang COP26 pledges for net zero emissions on BECCS. The IPCC has warned that wood-burning for BECCS will emit more CO2 than it sequesters, and the biomass industry is destroying natural habitats and polluting communities. Further, the CCS aspect of BECCS is deeply problematic with both the carbon capture and the storage technologies in their infancy. Even Drax admits that its BECCS assumptions for energy are not based on real world data.”

Many of the wood pellets burned in the UK and internationally are manufactured from forests in the US and Canada. The process is highly polluting, and a number of plants have been found to emit far more air pollution than their permits allow. The issue of siting polluting facilities in environmental justice communities is increasingly of concern to the Biden Administration.

Kathy Egland, Member of National Board of Directors of the National Association for the Advancement of Colored People (NAACP) USA & chair of the Board’s Environmental and Climate Justice (ECJ) Committee said: “The wood pellet industry, including UK based biomass giant Drax, is cutting through U.S. forests almost at the speed of wildfires and committing human rights violations by deliberately siting their toxic wood pellets plants in low income communities of color. The U.S. has allowed UK based industries to come into our county, decimate our forests and poison the same vulnerable populations already disproportionately harmed by fossil fuels – just to burn trees for a false energy solution that’s even worse than coal and will not get us to 1.5C.”

Citizens and non-government organisations around the globe oppose large-scale use of forest biomass for energy.

These groups, representing millions of members internationally, declare that logging and burning forests is bad for the climate, bad for human health and bad for the rich biodiversity of forests.

US: National Association for the Advancement of Colored People: Resolution in Opposition to Wood Pellets Manufacturing and Use of Wood-Bioenergy