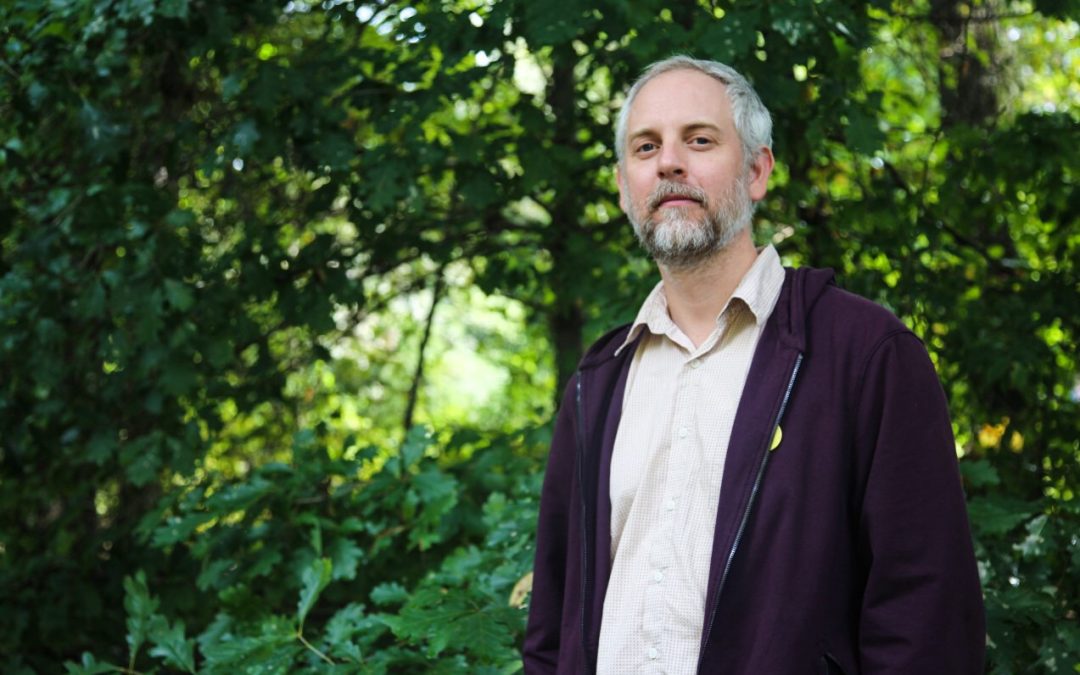 Fern is an organisation based in the heart of the EU, dedicated to protecting forests and the rights of people who depend on them.Peter Gerhardt from EPN reached out to Richard Wainwright, Fern Communications Manager.

How did you start getting involved in ENGO work?

I started to raise money for organisations like WWF at a young age and kept volunteering for movements like Friends of the Earth. When I started my first job at Oxfam I realised that there was a real gap between human rights- and environmental problems, but that they are intrinsically interlinked. Fern was the first organisation that explicitly talked about human rights as at the heart of environmental issues and so a love affair was born.

What is special about Fern?

We do everything in coalition with partners and spend a lot of time working with these partners to decide on what to campaign for. Our main job is to explain to them what is happening at EU level, how to get involved and how to have their voices heard. We believe that people are always at the heart of environmental issues, both in causing and in solving them. If there is no human aspect to a problem, then our analysis is probably wrong.

Was there a landmark success that put Fern on the map?

Fern’s success is in all the small things: convening, bringing organisations together, building relationships and partnerships. We have contacts and friends all over the world and from all types of organisations. Doing this from scratch would be virtually impossible. I often say my role is not to know the answer but to always know who to go to to find the answer.

Is there an unfair balance between fundraising for NGOs that do policy work and other NGOs, like grassroot organisations? Does the focus on policy work make it easier for Fern to get fundraising?

Fundraising for policy work and activism is quite different and generally does not address the same funders. While activism can have access to public fundraising and a large number of smaller grants, our work on complex EU policy issues is hard to explain to the public and cuts out many funders. At the same time this can make us appealing to funders who are willing to give larger grants.

How do we make sure as a movement that groups with poor access to fundraising are being heard?

We do most of our fundraising together with other organisations. We couldn’t do our work without partners and many of our projects also involve getting funding for them. One of our most successful early campaigns was to convince the EU to ensure that smaller organisations can access funding.

What were the most dramatic changes in NGO work in the past decades?

Absolutely everything has changed. Producing a report used to be very difficult, time consuming and involving many people – so we would use it over and over again. Nowadays, it is relatively easy to produce something and then move on to the next, and to measure success by likes and clicks as opposed to whether a policy or legislation has changed.

What do you think about the theory that capitalism funds its own pseudo-critical organisations to keep the system running and that because of this you can never address the actual root causes of the issues?

[Laughs] Well it’s certainly hard to define helpful strategic tools when you have a goal like ending capitalism! It is an ongoing debate as to whether to accept money from certain foundations and the extent to which they would fund you if you were going to achieve real effective change. Why, for example, does the EU fund us when we criticise the EU? It could be argued that the background criticism helps make it look like they are open to change themselves and their processes.

Do you think it makes sense that paper is still the center issue of the EPN Network?

Absolutely. Paper used to be a huge issue in the environmental and social movement and brought together many organisations. Today, you just need to look at Indonesia to see that paper can be even more destructive, but is often forgotten due to issues like bioenergy, soy or palm oil plantations. The fact that so few organisations seem to work on paper these days makes our mandate more important than ever.

How should NGO work develop in the future to be effective?

We need more teamwork. We will only ever achieve our goals through coordination. There is power in our union! These are complex problems and we need everybody to work on different parts of it, to achieve the bigger picture.

How can we all find common ground to work together?

We need space to be able to challenge ourselves, something that has been sadly missing in Covid times. It is important to be a critical friend, to ask questions and to stand up if other organisations are doing something wrong – in a way that makes them change and strengthens us as a movement.

What is the value for Fern to be part of the EPN family?

EPN is one of the most impressively large networks out there. It’s a great convener and constantly challenges us. Fern works on so many linked topics that we would likely forget about paper if it wasn’t for EPN. Besides, the fact that we can immediately build on the network and create new ones that focus on other issues is incredible.