International Day of Action on Big Biomass Round Up 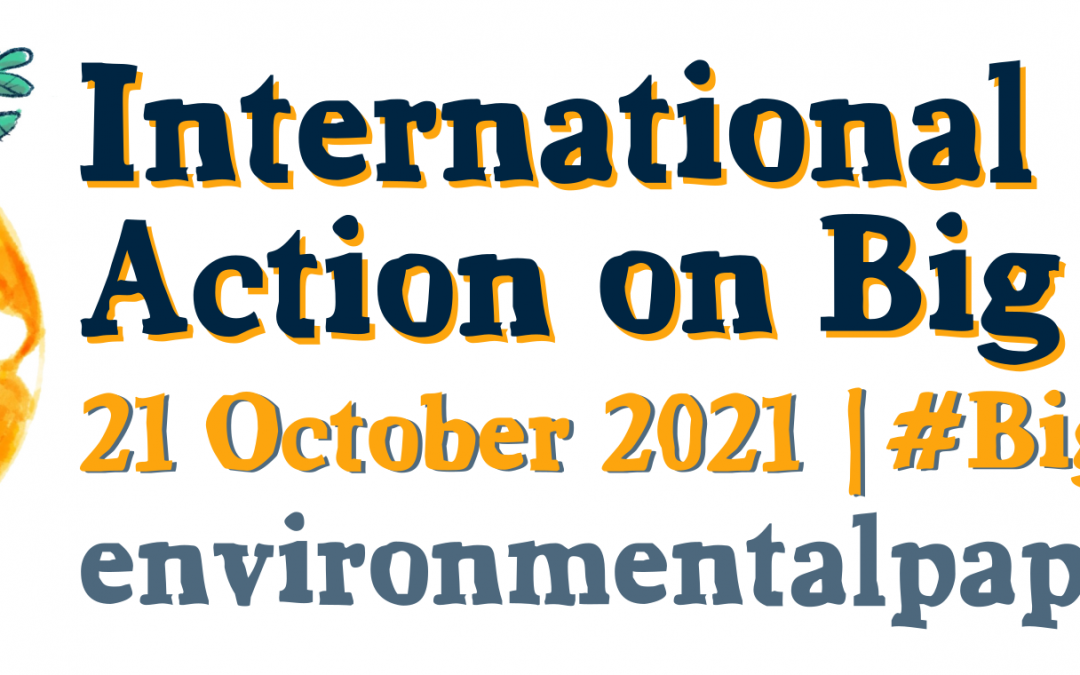 The 21st of October 2021 witnessed a terrific turn out from our member groups and their members from all around the world for the International Day of Action on Big Biomass. Thank you to everyone who took part! Below is a summary of some of the exciting things that happened during our “wave” of events around the world over 24 hours.

Round Up of Events 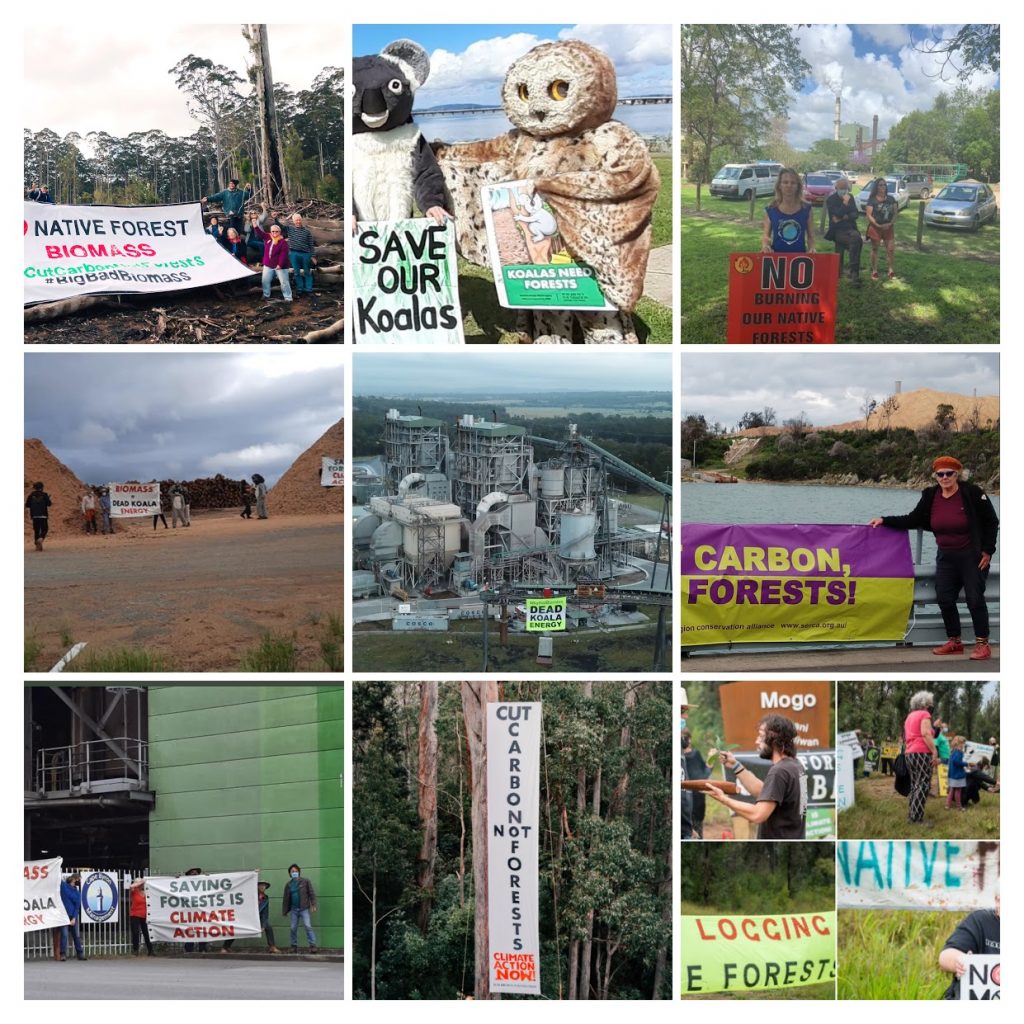 Australia got the day off to a tremendous start with multiple on the ground actions taking place across the country, including:

Climbers from the Bob Brown Foundation hung a huge banner in the forests of Western Creek, Tasmania – watch the video here. They also ran an email campaign to encourage members of the public to tell their electricity retailers “No to Biomass Energy.”

Nature Conservation Council, Redbank Action Group staged a protest outside a sawmill in Millfield that plans to start supplying biomass in New South Wales. Watch the video of the protest here

The Australian Forests and Climate Alliance, Biomass Action Group held a public gathering to protest the burning of bagasse and “forest waste” at Condong sugar mill in New South Wales. They also staged protests at Princes Highway Mogo and at Broadwater Biomass Power Station in New South Wales. Read the articles in the media here and here.

Western Australia Forest Alliance took a trip out to Treenbrook forest near Pemberton with the Nannas for Native Forests and some local residents and made this video about how biomass is threat to native forests.

Following a protest and banner at Nippon Paper and pulp mill in Victoria, a petition signed by 146 residents and ratepayers against biomass plants was presented to councillors, who responded here.

Peg Putt was on ABC Radio Hobart Speaking on the topic: Is a forest a sustainable source of fuel for power plants? Listen here 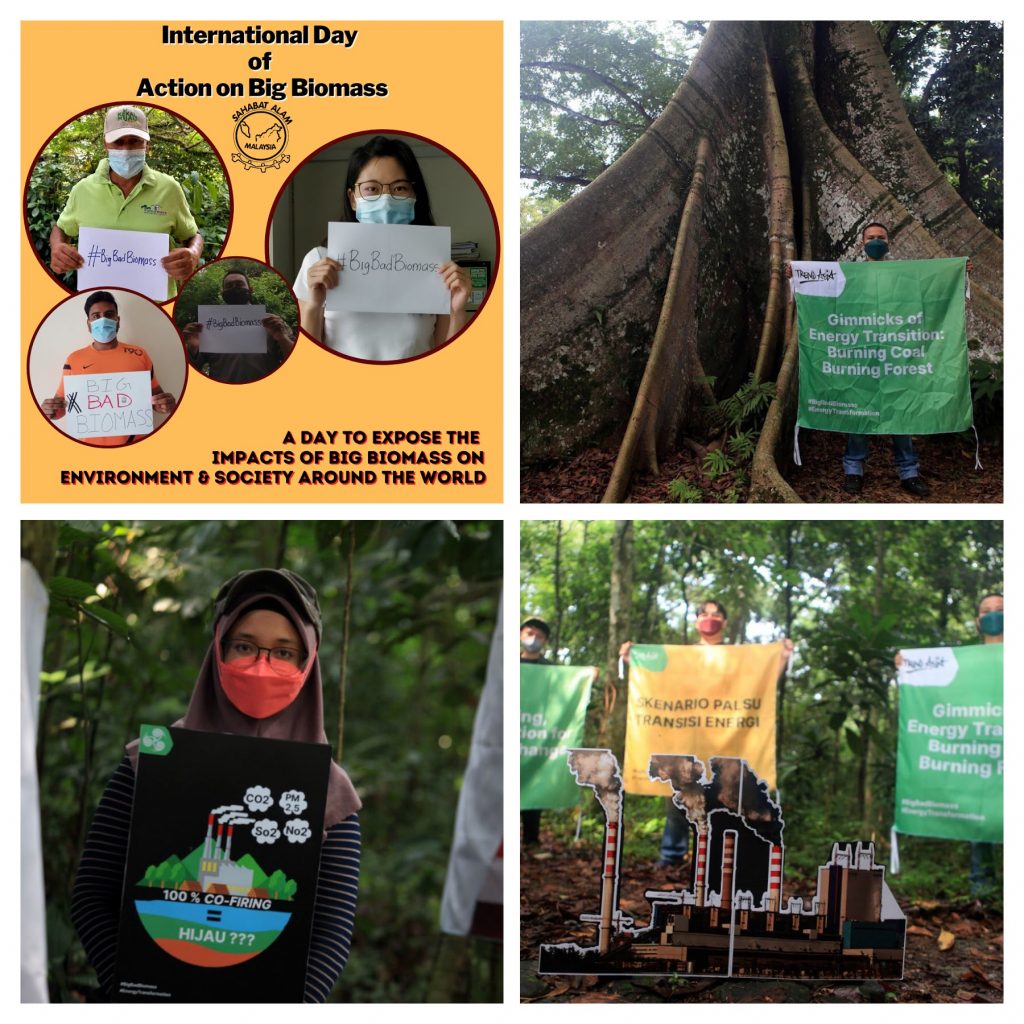 Civil society organisations in Japan and South Korea (including the Global Environmental Forum, Mighty Earth, and Solutions for Our Climate) hosted an international media briefing to share the problematic state of biomass – watch it here

Civil society organisations from the Asia-Pacific regional biomass group hosted a webinar on the impacts of industrial-scale forest biomass, and why multilateral development banks and other institutions should not be investing in it – watch the recording here

Trend Asia held a symbolic action in several iconic forests including the Bogor Botanical Gardens near the Indonesian Presidential Palace and called on multilateral development banks and other institutions not to invest in biomass.

The Hutan Group helped by tweeting and amplifying events on social media. 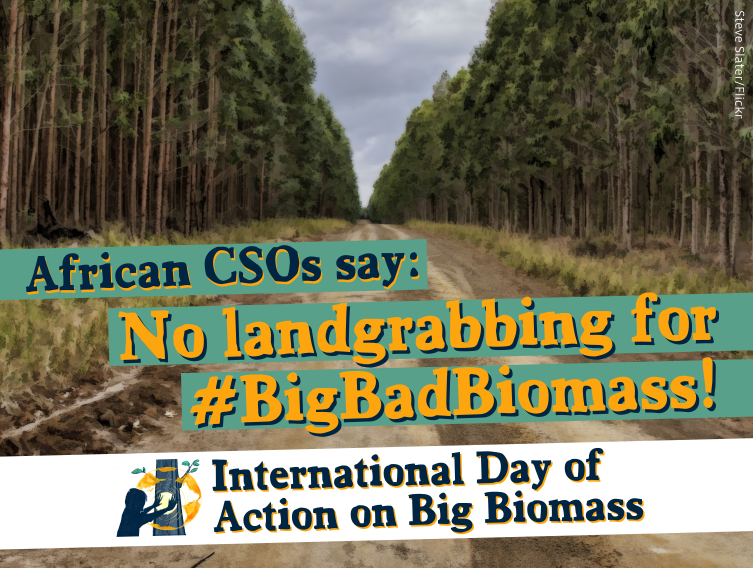 In Africa, a coalition of Civil Society Organisations released a statement saying no to landgrabbing for biomass.
They also held an open Clubhouse discussion room on why Big Bad Biomass can not be considered green or renewable energy. 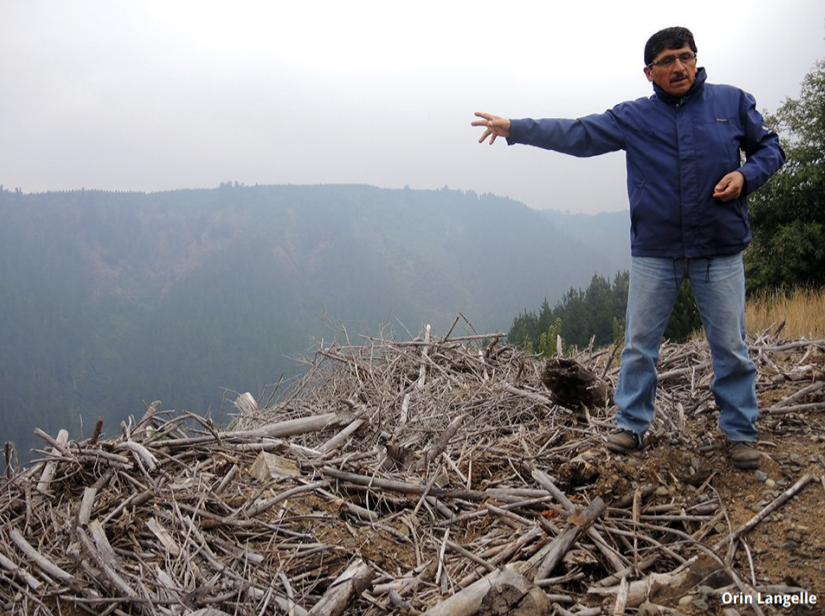 The group also held a webinar about the impacts of burning monocultures for energy and the links between biomass, pulp, soy and steel in Chile, Paraguay and Brazil – watch the recording in English here and in Spanish here. 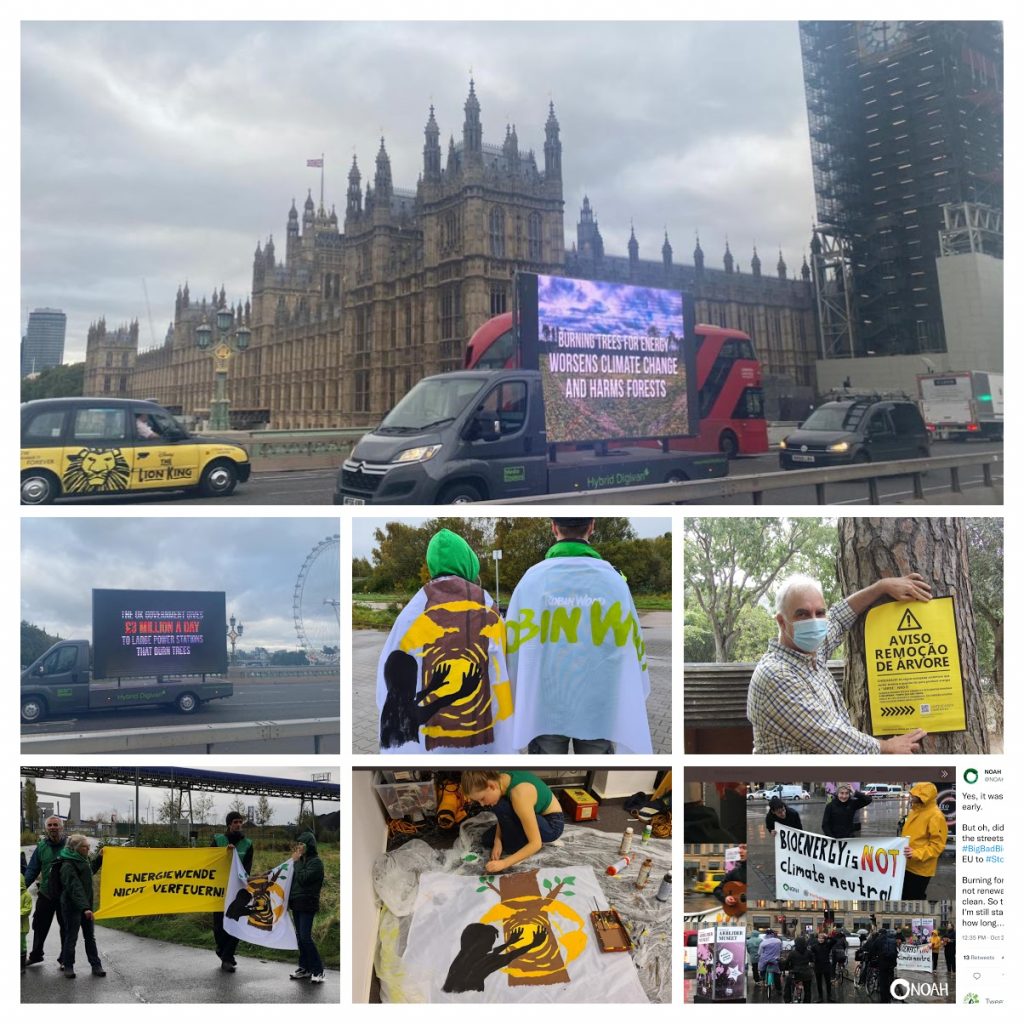 Environmentalists from Robin Wood, BUND, Deutsche Umwelthilfe and NABU demonstrated in front of the Onyx coal-fired power plant in Wilhelmshaven (North Germany), against its planned conversion from coal to biomass in the coming years – read the media article here and watch the video here

On the streets of Denmark, NOAH activists were singing in the rain to tell the EU to stop trees being burned for energy – watch the video here

Cut Carbon Not Forests activists were out across London with an electric van and advert on the side to tell the UK Gov that biomass pollutes our air, threatens wildlife and forests, and makes climate change worse – plus promoting this petition

A peaceful protest was held in Estonia in the run up to the day of action and this documentary about biomass logging impacts on Estonian forests was promoted on social media.

Instytut Spraw Obywatelskich in Poland, collected signatures for this petition demanding a ban on burning trees in power plants and a call to protect Poland’s forests.

NGO Zero and Biofuelwatch released this report about big biomass in Portugal.

Greta Thunberg called out UK biomass emissions in this article published by the Guardian.

In the run up to the 21st The Southern Forests Conservation Coalition organised an educational boat ride past the Port of Wilmington – one of six deep-water export stations where Enviva, the world’s largest wood pellet producer has established its roots. Read the news article here

NRDC tweeted about this report that they recently released – A Bad Biomass Bet: Why the Leading Approach to Biomass Energy with Carbon Capture and Storage Isn’t Carbon Negative.

Cut Carbon Not Forests & The Southern Environmental Law Center promoted this petition to tell the Biden Administration about the problems with biomass.

And Dogwood Alliance were active on twitter, helping us to amplify events on the day. 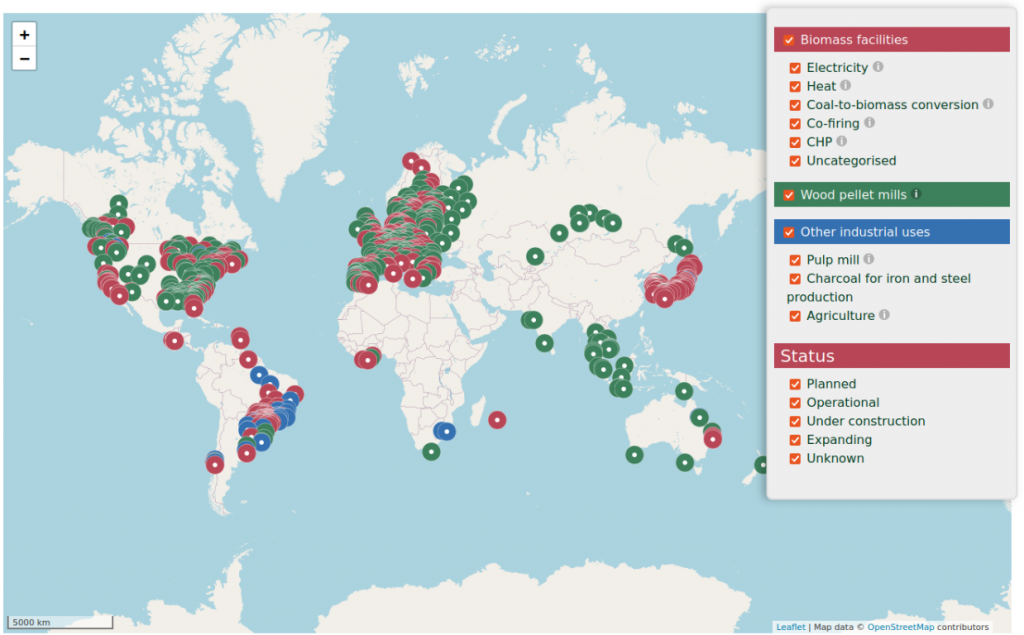 To celebrate the International Day of Action on Big Biomass, EPN re-launched its biomass industry map designed by Jake McMurchie in collaboration with our member groups Biofuelwatch and the Global Forest Coalition. We hope this tool will help support and inform your biomass campaign wherever you are in around the world!

And that’s a wrap! 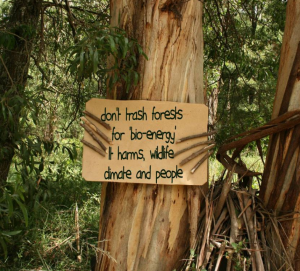 To view more actions from the day, search the hashtag #BigBadBiomass on Twitter.

They talked, at the COP up in Scotland,
About making the world not-so-hotland,
But the best joke, by leagues,
Was that burning down trees
To make power would help solve the problem!

Did we miss something? If your action was left out of this round up, please get in touch to let us know about it by contacting sophie(at)environmentalpaper.org Thanks!