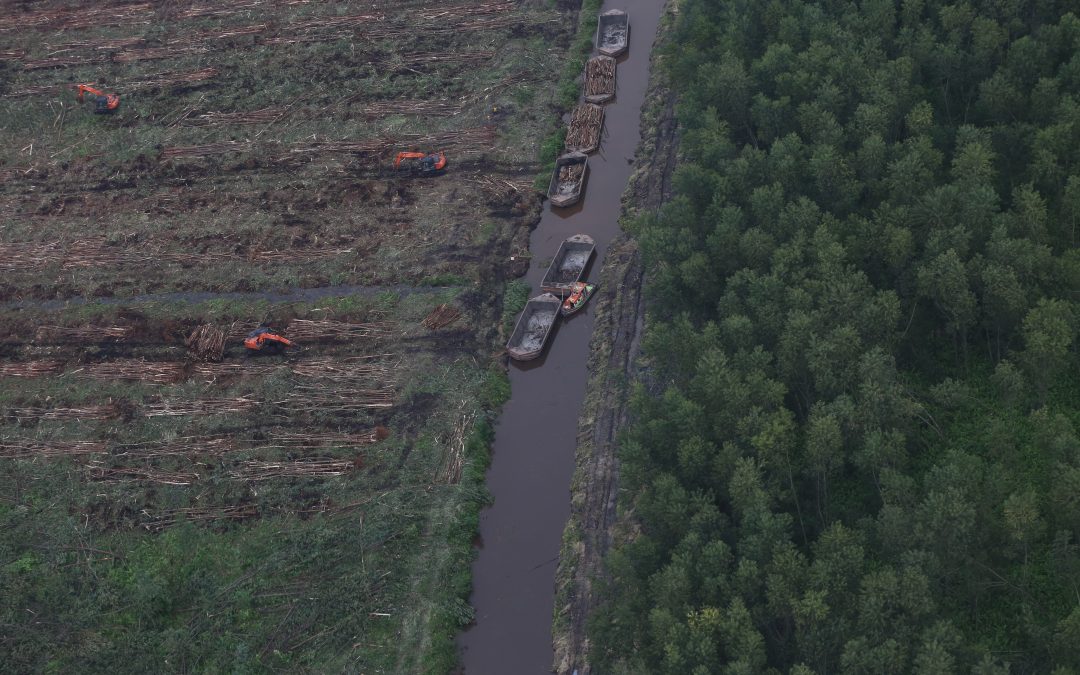 Palembang – Today, over 30 civil society organisations sent a letter to investors of Asia Pulp & Paper (APP), part of the Sinar Mas Group, explaining why the expansion of APP’s OKI Pulp and Paper Mill in Sumatra, Indonesia would risk the respiratory health of millions of people in Southeast Asia and cause more greenhouse gas emissions than many countries on an annual basis.

The civil society groups, which include Friends of the Earth Indonesia (WALHI), AURIGA, Greenpeace, Rainforest Action Network, and eighteen organisations from Indonesia, wrote, “The proposal to triple the mill’s pulp production will hurt efforts to control fire, reduce social conflict, and limit forest loss in Indonesia, while further undermining the country’s ability to meet its targets under the Paris Climate Accord.”

The civil society letter reminds investors that these investments are exposed to material financial risk due to APP’s unsustainable business model. The plantations supplying half of OKI Pulp and Paper’s wood are developed on drained, carbon-rich and highly flammable peat and degraded soils, large areas of which have burned repeatedly. In recent years Indonesia’s peatland fires have caused the air to be filled with haze and fine particulate matter resulting in premature death and billions of dollars in economic losses.

APP, part of Sinar Mas Group, is owned by the Widjaja family, whose patriarch Eka Tjipta Widjaja was the third richest person in Indonesia with a net worth of $8.6 billion until he died in 2019. Paper Excellence, also reportedly part of Sinar Mas Group and owned by members of the Widjaja family, is in the process of buying North American pulp giant, Domtar Corporation.

In the letter, the civil society groups call on investors to “ask Sinar Mas and APP to stop expanding OKI Pulp and Paper Mill until they produce a credible long term wood supply plan for public review and fulfil the environmental and social commitments they have made.”

Link to the letter:
https://environmentalpaper.org/wp-content/uploads/2021/08/Letter-to-investors-on-OKI-2308.pdf