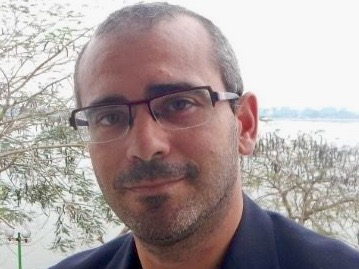 The Worldwide Fund for Nature’s mission is to stop the degradation of the earth’s natural environment and to build a future in which humans live in harmony with nature. According to WWF, the well-being of people, wildlife and the environment are closely linked. EPN reached out to Mauro Ciriminna, WWF Senior Advisor for Pulp, Paper and Packaging.

EPN: How did you get started with ENGO work?
Mauro Ciriminna: I’ve always liked travelling and meeting people from different places. This is why I decided to study development cooperation. After that, I went to Ecuador to focus on environmental issues and indigenous communities. I fell in love with this work, with being in nature and working with local people. I had to balance a lot of different interests at the time, but the environmental part especially made me passionate and motivated me to study environmental science. Before I joined WWF as a pulp and paper expert, I worked at the Forest Stewardship Council (FSC), where I managed various projects in different locations, for example in Southeast Asia.

As an experienced practitioner, what would you say are the most important steps in order to preserve forest ecosystems?
First of all, the people and communities inhabiting and managing the land have to be consulted and we have to work alongside them in co-creating solutions. This is especially important when looking at the long-term success of forest protection and restoration. Then, in order to make the right decisions, information and transparency are essential. And last but not least, I think that raising awareness among the people in the area – ENGOs, governments, the corporate sector and consumers – is key.

What is the role of the pulp and paper industry regarding the preservation of forests?
This sector can play different roles. It can be negative, for example when there is conversion of forests or poor management. In this case we need to campaign strongly for better policy regulations, and bring in consumer pressure or any other action. At WWF, we strongly believe that the private sector can also play a positive role, if forests are well managed, appropriate conservation areas exist and land is restored.

Should NGOs campaign against or work together with transnational companies?
Different approaches are needed in different contexts: both campaigning against and engaging with the corporate sector is important. We want to put pressure with campaigns and direct actions, especially in places where companies aren’t holding up to their commitments, are continuing to put pressure on forests through their actions or aren’t being transparent but we should also maintain a dialogue and give advice and guidance to companies to improve their behaviour. This is why we need diverse approaches and there’s no one-size-fits-all approach that will work in all regions and landscapes. As our recently released deforestation fronts report shows, solutions need to take into account the local context, stakeholders and drivers.The same is true for other frequently discussed topics like timber plantations or certification. There is no silver bullet but if done right and in a responsible way, both can play a positive role.

Reducing consumption could be an important step in the right direction….
WWF wants paper consumption to be reduced in order to use less wood. In reality we have to recognize that the world population is growing and that in some highly populated countries, demand will even further increase. Even if some efforts to use less in countries like Italy, the UK or Germany might be a good thing, globally it is not realistic to think that paper use will decrease in the next few decades.

As an italian citizen, would you say that environmental protection is an important topic for the italian public?
From my perspective, I think that environmental awareness has increased, as it has all over Europe, in the past 10 to 15 years. The most important change is that people become aware about their own, and their countries’ global footprint.

The climate debate is far more visible than the one on biodiversity. Why is that?
Biodiversity only becomes a public concern when it is directly visible, like seeing shocking images of deforestation, showing clearcuts linked to palm oil for example, or hectares and hectares of forest burning. Climate change is more tangible for the public, so it is more on the agenda and covered by the media. But both issues are linked, and including biodiversity directly into the climate debate would be my approach, because the underlying issues are closely linked.

What is the value of a big network like WWF being part of the EPN family?
In my view, the diversity amongst the members of EPN is a great value and it is useful to have a forum for dialogue and different approaches to problems. When we have exchanges like this, we get the opportunity to learn new things, find opportunities for partnership and be more impactful with our work.