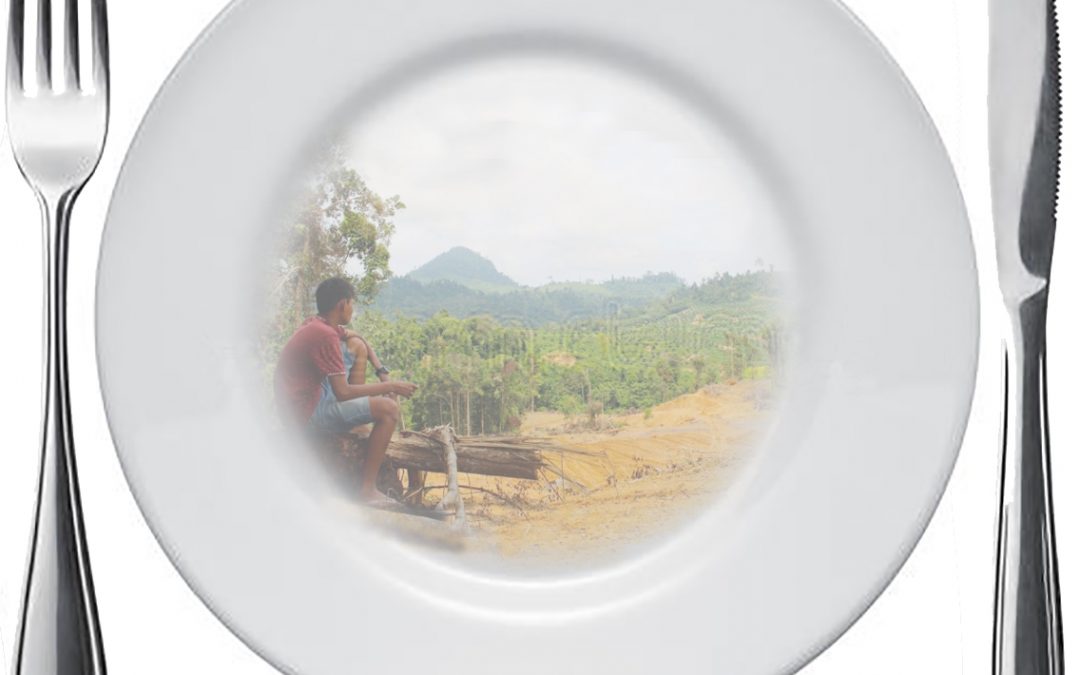 Indonesia’s government recently announced plans for several new ‘food estate’ projects in Central Kalimantan, Papua and North Sumatra Provinces.  Despite their name, these developments are not about securing ‘food’: a new report reveals that, once in place, they would wipe out hundreds of thousands of hectares of land, including some of the world’s last remaining areas of pristine tropical forests in the region, exploiting them for logging and converting them to industrial plantations.

In the past, ‘food estate’ projects, like the Megarice project and the Merauke Integrated Food and Energy Estate, proved to be a social and environmental disaster. They displaced communities, produced little food and increased  hunger by stripping vast swathes of previously forested land, and leaving it smouldering with peat fires, which polluted air across continents.

Having witnessed such detrimental impacts on both the environment and local communities, it beggars belief that anyone would repeat the experience. However, the Indonesian authorities, in an attempt to tackle the economic impacts of COVID and food insecurity, gave in to an alluring but short-lived prospect of economic gain.  Framed as a response to the economic crisis triggered by the pandemic, the new ‘food estate’ proposals are in reality opportunistic land grabbing which leads to increased deforestation, and threatens indigenous communities, whose livelihoods depend on forests.  These estates will likely benefit only timber traders, and companies producing and selling commodities destined to the global market, such as pulp-wood and palm oil, while taking a heavy toll on people and the environment.

The implementation of ‘food estates’ to turn forests into exploited land, which includes annexing the forest that  indigenous communities depend upon for their subsistence, is entrusted  to the ministry of defense. This raises serious concerns about the safety and security of local communities, in case of their resistance and objection to displacement. Indonesia’s people deserve to be safe and respected, to enjoy food sovereignty, and to be consulted about the use of their lands. The government’s proposed ‘food estate’ projects will do none of the above.

We are in the middle of a global environmental and economic crisis. Deforestation, ecosystem degradation and poverty are rampant, while pollution and loss of biodiversity are on the rise. This leaves us facing a dire future. The global community has put in place a set of powerful international instruments to protect local communities and fight poverty and degradation, like the Sustainable Development Goals, the Aichi targets, the UN Declaration on the Rights of Indigenous Peoples, and international agreements on climate and biodiversity. However these will be rendered meaningless if Indonesia proceeds with their disastrous ‘food estate’ plans, since it blatantly violates all of them. Banks, donors and investors must not support so-called “development” projects that in practice dismiss international agreements and ignore the requirements formulated by NGOs and communities from the affected regions, which demand:

The report is available for download in English and Indonesian.