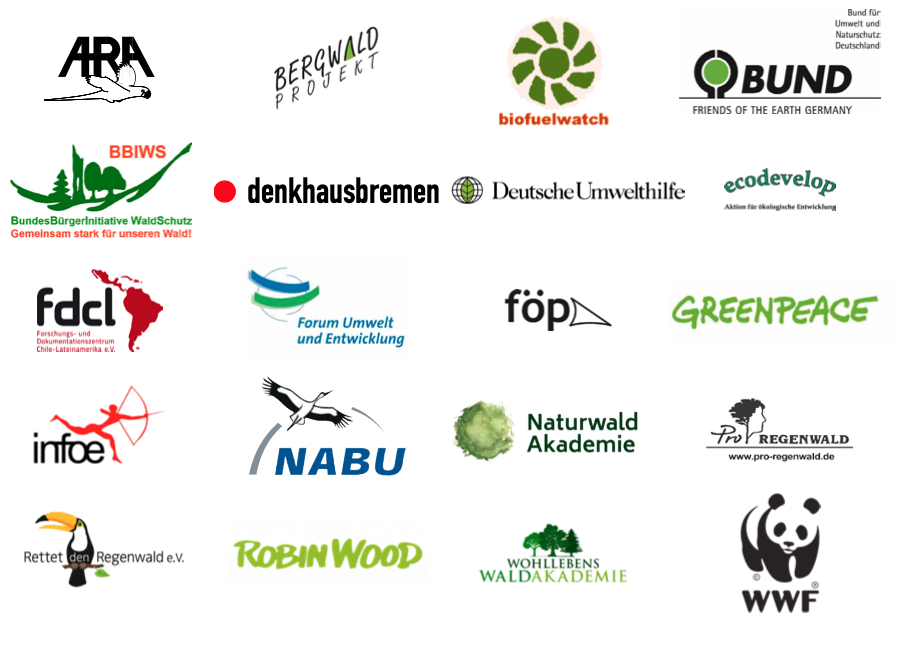 Unlike its European neighbours such as the UK, the Netherlands, Belgium and Denmark, Germany had so far comparatively low capacities for industrial energy production from forest biomass. Up to now, wood has played a relevant role as an energy supplier mainly for stove firing in private households in Germany.

However, because of the coal phase-out developments in Germany, environmental organisations fear that this might change and that the German government might start promoting the large-scale industrial use of wood for energy production. There are now some concrete plans to convert coal-fired power plants to wood-fired structures and the construction of new large-scale biomass power plants is being discussed.

A group of German environmental organisations published a critical statement on the German government’s plans.

Forests are irreplaceable for the protection of biodiversity and our climate, they are the basis of life for humans, animals and plants. Nevertheless, global forest ecosystems are under threat. There are many reasons for this – from illegal logging to the expansion of agricultural land and high raw material requirements of the pulp and paper industry. As a result, forests are being cut down, overused or converted into monoculture timber plantations.

Now the forests are coming under additional pressure in the name of climate protection. One reason for this is the EU’s wrong decision to consider the burning of wood as climate-neutral. This gives the EU member states the opportunity to subsidize wood biomass for electricity and heat production as a climate protection measure.

It is now to be feared that the energetic use of wood biomass on a large scale will also be further promoted in Germany. The Federal Government intends to introduce the relevant laws and regulations for this before the end of 2020:

The pressure on the forest is not only increased by a wrong understanding of climate protection through biomass. These debates are being fired up by international investors in German power plants that may burn woody biomass or the US wood pellet giant Enviva, who is trying hard to lobby the political landscape in Germany.

Even in the German forestry sector, which is trying to sell large stocks of trees that dies because of drought and bark beetle infestation, voices are becoming louder in favor of the industrial use of wood biomass in energy production. There is a danger here that the installed plants will be operated in the long term with imported wood biomass, even from questionable sources, after the damaged wood has been used up within a few years…..