CSOs call on BlackRock to divest from wood-burning energy 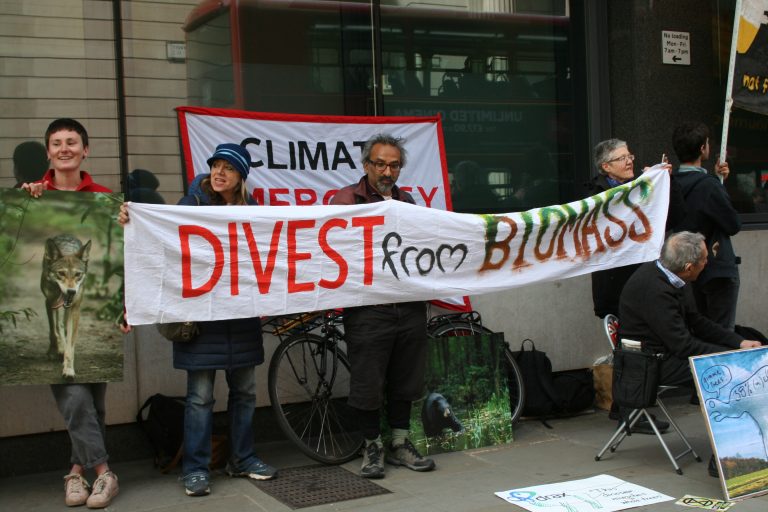 A coalition of 32 environmental organisations worldwide sent a letter to the world’s largest asset manager, BlackRock, asking it to divest from Drax Plc, owner of the world’s largest wood-burning power station in the UK, and to clarify its position on biomass energy. BlackRock is Drax’s joint third largest shareholder, holding a 5% stake in the company.

While biomass energy is promoted by the industry and the UK government as a cleaner alternative to coal, in reality it contributes to climate change, forest destruction and pollution of communities both where the wood is sourced and where it is burned. Drax Power Station burns imported wood pellets made from over 14 million tonnes of trees every year, emitting more than 13 million tonnes of CO2 in the process. Most of Drax’s pellets come from the Southeastern USA, and Drax’s pellet supplier Enviva regularly sources wood from the clearcutting of coastal hardwood forests, which lie at the heart of a global biodiversity hotspot.

Biomass relies heavily on public subsidies, and is therefore vulnerable to policy change. In 2018 Drax received a total of £789.2 million in public money for burning biomass, without which the company would not have been able to stay afloat. These subsidies are due to run out in 2027, and UK and US NGOs are pushing for them to be ended sooner.

BlackRock has faced increasing criticism from the public because of its significant role in funding industries that cause climate change and forest destruction, including fossil fuel, timber and livestock companies.

In January 2020, BlackRock CEO Larry Fink wrote a letter to CEOs stating that “Companies, investors, and governments must prepare for a significant reallocation of capital” due to the climate crisis. BlackRock has also announced plans to remove companies that generate more than 25 percent of their revenue from thermal coal production from its actively managed portfolios. The letter calls on BlackRock to follow these steps with a similar withdrawal from biomass investments.

More information can be found in the briefing: Why BlackRock should Divest from Biomass, starting with Drax PLC.