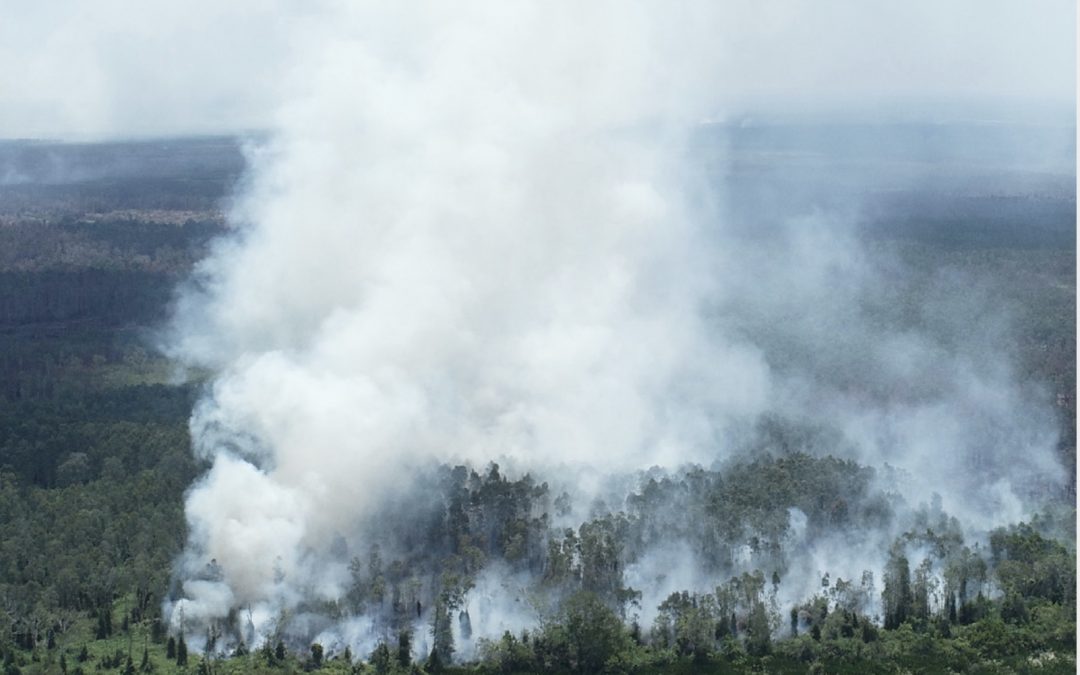 Jakarta, Indonesia – Today, a coalition of civil society organizations published Perpetual Haze, a report analysing the role of Indonesia’s pulp industry in recurring fire and haze episodes affecting the Southeast Asian region. Through the end of October 2019, Indonesia’s fires have released an estimated 660 mega-tons of carbon dioxide (CO2), according to the EU’s Copernicus Atmosphere Monitoring Service, almost double the CO2 emissions as this year’s fires in the Brazilian Amazon. Nearly one million Indonesians have suffered from respiratory infections as the result of the toxic smoke, and UNICEF estimates 10 million children in Southeast Asia were put at risk.

Despite claims to be reducing fire risk in their industrial forest plantation (Hutan Tanaman Industri, HTI) concessions, wood suppliers for both of Indonesia’s major pulp producers – the Asia Pulp & Paper (APP) and Asia Pacific Resources International Limited (APRIL) Groups – have experienced serious fires this year. Of the eight pulpwood concessions with the worst fires, six are wood suppliers to APP and one is a wood supplier to APRIL (see table below).

In 2015, catastrophic fires and haze are estimated to have burned 2.6 million hectares, to have caused US $16 billion in economic losses, and to have contributed to over 100,000 premature deaths. Some of the most badly burned areas were inside pulpwood plantation concessions, and law enforcement investigations were undertaken in Indonesia and Singapore against a number of the concession companies.

Since the 2015 fire disaster, both APP and APRIL have completed capital investments for new processing capacity in ways that compound their respective land-use pressures on peatlands, a major driver of fire risk. APP opened one of the world’s largest pulp mills in South Sumatra in late 2016, sourcing most of its wood from plantations on drained peatlands that include some of the most badly burned areas in 2015. APRIL began producing a new type of pulp, apparently utilizing a production process specifically designed to use Acacia crassicarpa, a species of wood the company only grows on peatlands.

These investments have intensified APP and APRIL’s dependence on drained peatlands, making it harder for the groups’ suppliers to adopt restoration and conservation measures. Noting the increased land-use pressure on peatlands and an intensifying El Niño cycle, the report projects that fire risk from pulpwood operations will increase in the coming years unless the pulp industry immediately begins major peatland restoration efforts on their plantation areas.

APP’s customers apparently include Nestle, according to the multinational food and beverage provider’s website. APRIL’s pulp is supplied to sister company Sateri for further processing into viscose staple fiber (VSF), used to produce synthetic textiles, and Sateri’s customers apparently include the global clothing retailers Zara and H&M, according to a 2017 report from Changing Markets. Sateri is now the world’s largest VSF producer, and Sateri customers likely include other major clothing brands that are less transparent than Zara and H&M about their suppliers.

The report is available directly here. 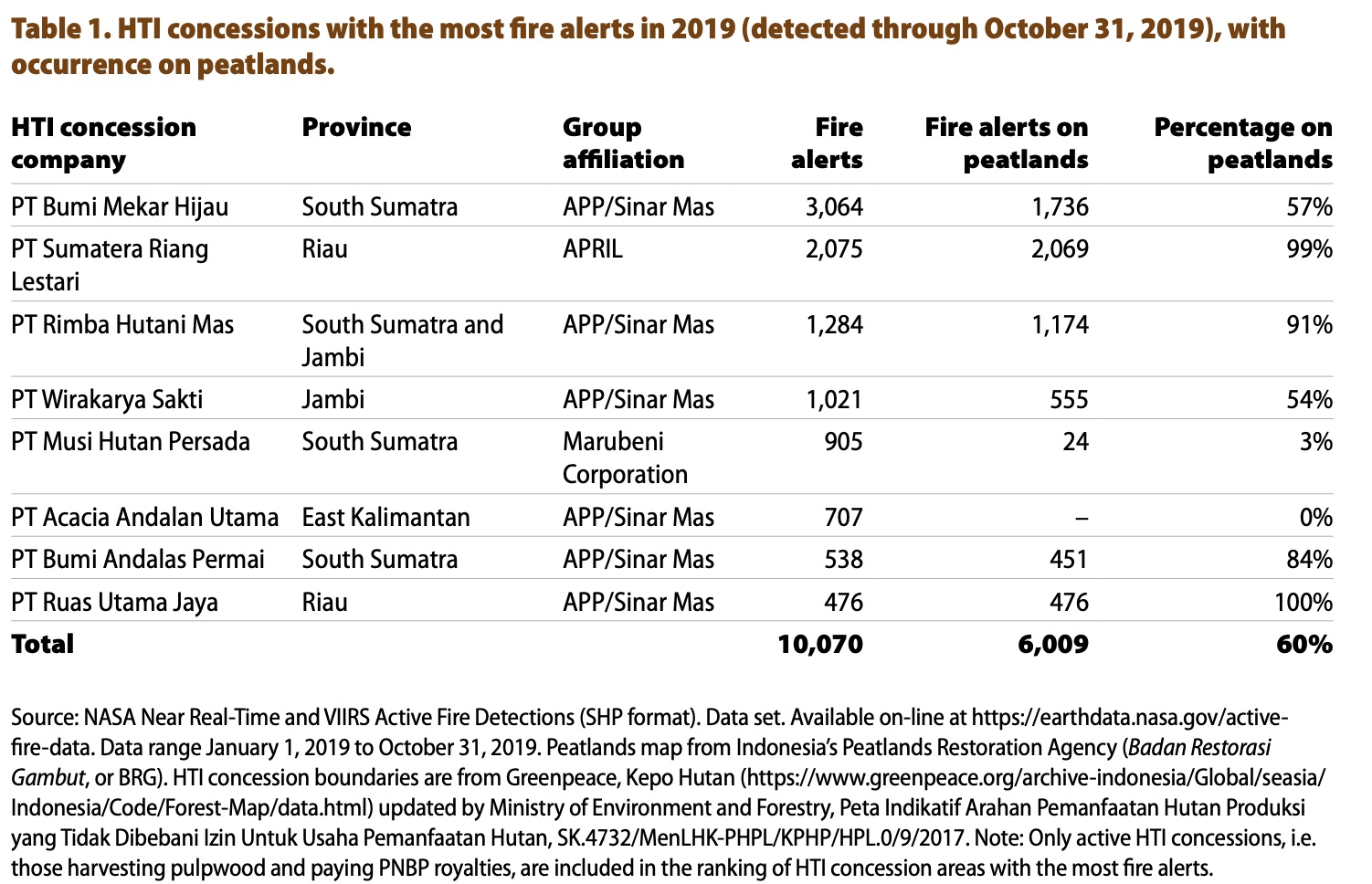