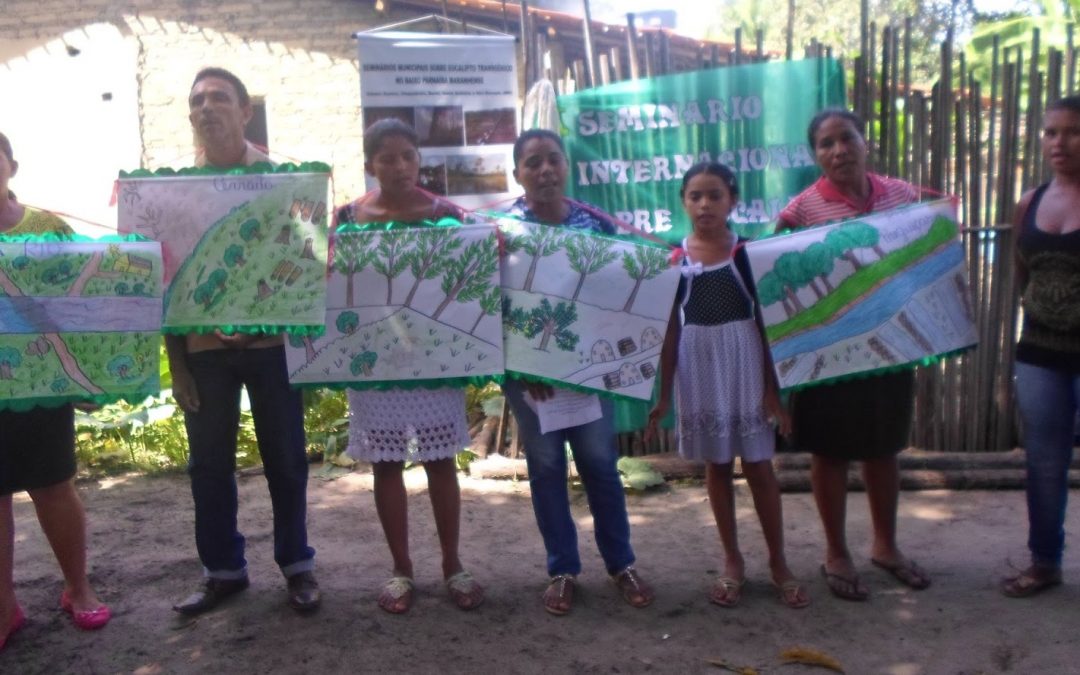 In the northeast of Brazil, where the Amazon transitions t 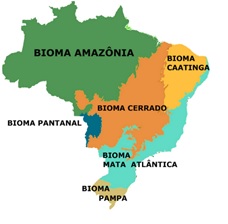 o the Catinga biome through a small strip of Cerrado, lies almost 60% of the land that Brazilian paper producer Suzano uses to source timber. This is one of Brazil’s poorest and least developed regions, with a large low-income rural population that depends for its livelihood on small scale farming. Most do not own proper land titles, as vast parts of the land have never been properly registered. Agribusinesses see it is as the country’s last agricultural frontier and in the past years there has been a strong expansion of large-scale monocultures here, mostly of soy and eucalyptus. This has been paired with landgrabs, forged land titles, forced evictions, deforestation, water scarcity and loss of livelihoods for many rural communities.

Suzano owns and leases an area of 726,000 hectares (ha) in this region, spread over the states of Maranhão, Pará, Tocantins and Piauí.[i] Around half of this landbank is Forest Stewardship Council (FSC) certified and is used to feed its Imperatriz mill.[ii] But the other half is not, and it lies predominantly in the east of Maranhão, too far away to feed the Imperatriz mill. For these plantations, Suzano had other plans: a pellet mill in the Baixo Parnaíba region and another pulp mill in Palmeirais, in the state of Piauí.[iii],[iv] Due to a combination of licensing and financial problems, neither project has materialised so far. But the plantations are still there.

Suzano has been present in the Baixo Parnaíba region, in the northeast of the state of Maranhão, since the 1980s, when it started to develop eucalyptus plantations there through its subsidiary Paineiras. Over the years it expanded its landbank by buying plantations from other companies, like Margusa and Gerdau. A large part of these eucalyptus trees was used to produce charcoal for the steel industry. At the same time, Suzano used the plantations to research eucalyptus varieties that are more resistant to sandy soils and drought.[v] It is not clear if Suzano has also planted test fields here of its genetically modified trees, for which it obtained a commercialisation license in 2015.

As of 2005, Paineiras intensified its expansion in the region and in 2010 Suzano announced plans to build three pellet mills, of which at least one would be in the Baixo Parnaíba region.[vi] The pellets were specially meant to be exported to the European Union, where the Renewable Energy Directive (2009/28/EC) that was approved in 2009, has given use of biomass for energy generation a new boost.

This foreign demand has fueled a search for land, both by Suzano and its subsidiary Paineiras, as well as third parties that intended to sell wood to Suzano. For the communities that live and depend on these lands, there are basically two options: either they are seduced by the company’s promises, sell their land and lose their source of income, or they resist. Resistance strategies include gathering the entire community to block bulldozers from destroying their houses, but also facing the courts, and challenge the (forged) land titles that the plantation companies claim to hold. There are several examples of these struggles:

The communities of Coceira, Baixão de Coceira São José and Lagoa das Caraíbas have suffered the deforestation of their land since the 1980s. As of 2004 the communities organised themselves to resist further conversion of their land to eucalyptus plantations. In 2009, they blocked Suzano’s machinery used for deforestation and threatened to burn it. The company went to court and it obtained an injunction to expel the communities, as the court failed to respect the customary rights of the families that had been living there for at least three generations. The company also tried to criminalise the community’s leader, filing a case in which it accused him of the illegal deforestation of 50 ha. The communities fought the court’s decision and in 2012 they finally obtained the recognition of their rights over the 6,000 ha they claimed.[vii] [viii] [ix]

In 2005 the community of Bracinho, located in the municipality of Santa Quitéria, also started to organise to claim the right to 3,400 ha. In 2011 they repeatedly organised to stop Suzano’s machines from deforesting their land. They went to court and eventually succeeded, even though the company argued that the land was originally from the state and not from the communities, and that Suzano had legally bought it in the 1980s.[x] [xi] [xii]

The community of Santa Rosa has suffered threats from gunmen sent by the supposed owner of their land, a local strongman who goes by the name of “Nego Garreto”. He wanted to get them off the land so that he could sell it to Suzano. In the past he had already grabbed and sold vast parcels of land to Margusa/Marflora, which were later transferred to Paineiras.[xiii] The communities are fighting for the recognition of their land rights and have made a formal request to the government to create an agrarian settlement.[xiv]

The community of Formiga, in Anapurus, has been in conflict with Paineiras since 2005, when the company filed a court case to remove the families from their land. Paineiras claimed it has bought the 148 ha farm ‘Fazenda Mirim’. The community, on the other hand, claimed it has customary rights and that it has land titles for 345 ha, including the 148 ha Paineiras was disputing. In 2011 the company obtained an injunction to evict the community, and with support from the local police, it destroyed two houses, gardens and a cemetery.[xv]

Interview with members from three different communities in the Baixo Parnaíba region, on the social and environmental conflicts caused by the expansion of eucalyptus plantations.

Similar cases of land conflicts occur around the area of Palmeirais, in the state of Piauí, as described in detail in a recent Mongabay article.[xvi]

According to a recent FSC report, Suzano now has a landbank of 116,267 ha in the Baixo Parnaíba region, and another 140,795 ha around Palmeirais. [xvii] How much of this land still contains native vegetation and how much has actually been converted to plantations is not clear as it is not detailed in the report. Data from IBGE, Brazil’s statistics institute, shows that in 2016 there were 17,609 ha of eucalyptus in the region of Baixo Parnaíba.[xviii] However, a preliminary analysis of satellite images by EPN seems to indicate that the area of eucalyptus plantations is likely to be at least three time as large. These are probably not all owned or leased by Suzano, but as the company lacks any large competitors in the region, it is likely to control at least a large part of these plantations.

In the region of Imperatriz, where Suzano opened a new pulp mill in 2013, its expansion has caused relatively few social conflicts. But on the other side of the state, in the Baixo Parnaíba region and in the state of Piauí, conflicts abound. The company, which is now the world’s largest pulp producer, should take serious steps to solve all these conflicts in a way that is satisfactory to the affected communities, and implement policies that prevent any new conflict from arising.