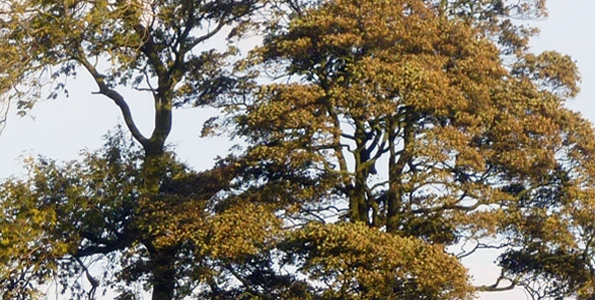 Indonesia second biggest pulp and paper company announced today an immediate moratorium on logging in natural forests. After many years of environmental and social conflicts, Asia Pacific Resources International Limited (APRIL) announced the end of deforestation, together with a number of measures that will improve its previous forest policy.

Environmental organisations, with different tones, welcome the move but remain cautious, waiting to look how the policy will be implemented on the ground. They also suggested some issues that need to be addressed during the implementation, and Environmental Paper Network will facilitate this process.

According to Riau network Jikalahari, the new commitment seems to be stronger that the previous policy, but it still remains weak on transparency. In fact, it is still not clear wether HCV assessments, environmental impact assessments and supplier list will be shared with stakeholders, as required by the national scheme GN PSDA. Furthermore, a major effort is needed in social conflicts resolution Also peat restoration requires further steps: APRIL should comply with the new regulation on peatlands protection and best management, and i can even be pioneer in its implementation. Given past experience, an extra effort to ensure its full implementation and prevent breaches are needed.

Greenpeace highlighted the progresses, stressing that APRIL has agreed to a number of new conservation measures, including using the High Carbon Stock Approach to identify and protect forest areas remaining in their concessions. The company has also agreed to protect forested peatlands and has established a Peat Expert Working Group to help its develop international best practice for managing peatlands to reduce greenhouse gas emissions.

“We commend APRIL for agreeing to end its deforestation, although we will be watching closely to make sure that today’s announcement leads to real change on the ground,” said Bustar Maitar, Head of Greenpeace’s Forest Campaign in Indonesia. Greenpeace added that now the government must now act to reform the forest sector so it works for people and the environment.
see: http://www.greenpeace.org.uk/media/press-releases/new-forest-conservation-policy-pulp-and-paper-giant-april-shows-forest-protection-becoming-way-forward-indo

While also optimistic, WWF is still cautious on APRIL’s full and strict implementation of its policy and intends to closely monitor progress in partnership with stakeholders such as NGO coalition Eyes on the Forest. “This strengthened commitment by APRIL is an encouraging step along the pathway towards responsible and sustainable production,” said WWF Indonesia’s Aditya Bayunanda. “The enhanced Sustainable Forest Management Policy announced today is APRIL’s response to longstanding calls to quit deforestation by civil society groups. WWF hopes APRIL can fully implement this commitment considering its potentially positive environment and social impacts,” added Efransjah, CEO of WWF-Indonesia.  See: http://wwf.panda.org/wwf_news/press_releases/?247651/WWF-welcomes-APRILs-new-deforestation-moratorium-careful-scrutiny-required-on-implementation

The Rainforest Action Network welcomed APRIL announcement to transform its business model by eliminating deforestation, expansion into peatlands and human rights violations from its operations and supply chains, as well as action to address and remedy its legacy of adverse social and environmental impacts. “In moving forward, APRIL must also address its legacy of land conflict, deforestation of critical species habitat and peatland conversion. We will be watching APRIL to see whether the company can transform its corporate culture and demonstrate transparency including independent monitoring and verification of its performance on key issues. In its operations and before any expansion, APRIL must go beyond paper promises to proven outcomes, demonstrating to its customers, investors and to the communities and landscapes that have been harmed by its operations that it is accountable for and will remedy past and prevent future adverse impacts.” said Lafcadio Cortesi “RAN urges customers and investors to assess their business relationships with APRIL based on demonstrated and independently verified outcomes on the ground. Paper policies must be translated into action and improved results for communities and forests on the ground”