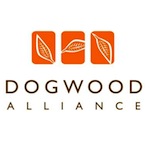 As you may remember, this past spring International Paper (IP) made a game-changing agreement with Dogwood Alliance to increase protection of Southern forests. This week they announced more details on their $7.5 million commitment to fund a five-year effort with National Fish and Wildlife Foundation (NFWF) to restore 200,000 acres of forestland in the Southeast. This effort has formed the Forestland Stewards Initiative to restore and maintain forestlands in eight southeastern states from the Carolinas to Texas.

Making good on their commitment to Dogwood and Southern forests, IP announced that $350,000 will go to conservation groups and federal partners in the Carolinas. Those projects include:

Over the five years, the grants will go to maintaining forests in three areas, including the coastal plain of the Carolinas, the southern Cumberland Plateau running from Kentucky through Tennessee and into northern Alabama and Georgia, and, finally, the piney woodlands in Louisiana and east Texas. Projects will manage forestlands with controlled burns and purchase seedlings for planting.

John Faraci, the chairman and CEO of International Paper, the largest forest products company in the world, says, “Although we don’t own forests in North America any longer, forest lands have been part of our DNA for the last 115 years and we’re not in business without them.” He added that the $7.5 million provided by IP is expected to generate another $22.5 million through matches and contributions from government agencies and conservation groups.

This is huge for Southern forests! Though there are more threats in the works for Southern forests (like bioenergy: the burning of forests for electricity), today let’s savor the fact that with our collective effort, more forests are being preserved, restored, and respected for all their values: economic, habitat, climate, and recreation alike.