If it happens it the forest, does LCA see it? 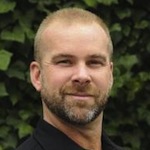 As some of us make the annual migration to Greenbuild, challenges to the progress of the green building movement abound. The chemical, plastics and conventional timber industries continue their aggression against LEED, the system of the US Green Building Council, and strong-arming government to instead buy their preferred green building rating system, Green Globes.

In the latest attack, a couple of weeks ago the American Chemistry Council introduced a resolution in the Ohio senate that would prohibit the use of LEED for all state construction. This follows on earlier LEED bans that have been instituted in four states and attempted in several others, as reported on the Paper Planet over the summer. And it comes on the heels of the General Service Administration’s approval of Green Globes as an alternative to LEED for building by federal agencies.

Green Globes mimics LEED at a high level, but anyone who digs beneath the surface will find that the differences between the rating systems outweigh the similarities. When it comes to building materials, for example, Green Globes leans heavily on Life Cycle Assessment (LCA) and LCA-based tools like the Athena Impact Estimator and Environmental Product Declarations (EPDs). In fact, a project can earn all of the points available in Green Globes’ Materials and Resources section through the use of such tools, whereas in LEED v4 only a fraction of the total points available in the MR section can be garnered through the use of LCA.

So why does Green Globes emphasize LCA? I think it’s because conventional approaches to LCA do not address the major environmental and human health impacts associated the production of wood, vinyl, and other building materials. Basically, the industries that back Green Globes get a pass when conventional LCA is the basis for materials assessment.

To shine a light on how LCA is being misused to disguise rather than disclose significant environmental impacts, the Sierra Club Forest Certification & Green Building Team has prepared a report entitled Understanding Environmental Product Declarations (EPDs) for Wood. A one-page summary of this report can be found here.

These concepts translate directly to the use of LCA and EPDs for paper and other products with impacts to forests. It is critical that conservation organisations are working together to ensure integrity in the use of these tools, expose greenwashing and continue to build on the progress the conservation movement has achieved in bringing awareness and action to these issues.

Note: Scientific Certification Systems has been developing one alternative approach to LCA which, if validated, promises to measure and report many important environmental impacts that conventional LCA fails to address — including the landscape ecological impacts of logging. There are striking contrasts between wood EPDs produced under conventional LCA and a wood EPD based on the alternative approach.