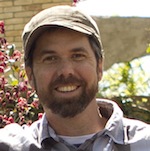 The controversial, industry-sponsored logging certification scheme known as the Sustainable Forestry Initiative (SFI) has been making news lately, and it’s been a bit ugly. First, SFI is facing a formal complaint of greenwashing to the Federal Trade Commission (FTC), more on this below. And second, its advocates have been drawing anger from businesses and citizens in numerous states by pushing cynical, special interest legislation attacking the LEED green building standard.  This week, the action comes to the statehouse of North Carolina, home state of the Environmental Paper Network (EPN) headquarters.

Major media outlets from the LA Times to the NY Times have reported on the recent filing by ForestEthics and Greenpeace of greenwashing to the US FTC under its “Green Guides.” Officially known as the Guides For the Use of Environmental Marketing Claims, they are designed to help marketers ensure that the claims they make about the environmental attributes of their products are truthful and non-deceptive. The agency can take enforcement action against deceptive claims, which can ultimately lead to Commission orders prohibiting deceptive advertising and marketing and fines if those orders are later violated.

The only forestry certification considered credible and a true distinction of leadership by a critical mass of conservation organisations is the Forest Stewardship Council (FSC). This has been reflected in everything from the EPN’s Common Vision and purchaser guidance, to the scoring system for the extremely successful Leadership in Energy and Environmental Design (LEED) certification awarded by the US Green Building Council (USGBC).

Recently, industry backers of the SFI certification mounted a campaign to get the USGBC to change its position and give equal credit under the LEED system to all forest certification schemes. The issue came up to a vote by the membership, and in the end, after reflecting on all the information, the members decided to reject lowering the standards and instead continue their existing policy preferencing FSC. The vote reflected the superiority in standards and credibility of FSC certification. It also reflected a desire by the USGBC membership to maintain the value of LEED certification as a sign of true leadership.

Having been defeated in the attempt to lower the standards of LEED, special interests are targeting politically friendly states in an attempt to destroy it. Today they are pushing state-level legislation that bans the use of LEED in public projects.  You can read an extensive breakdown of the battles in state capitols here.

This week, ground zero is North Carolina. Coming to committee is H628, which eliminates the option for LEED certification for public construction projects. The messaging in support of this bill has been that it will create more opportunities for North Carolina timber products. But policy analysts note that it will in fact do nothing to ensure North Carolina timber is used. Its true agenda is to try to undermine and limit use of LEED because it won’t lower its standards to accept the status quo in US and global forestry.

Whether its lumber for green building or pulp for paper, its critical to support strong standards and effective incentives for leadership in the woods. Instead of trying to destroy LEED, used with great success by thousands of companies and public agencies, forest products companies should put their effort into demonstrating their ability to meet those standards.

TAKE ACTION: North Carolina residents can contact their representatives on this issue through an advocacy page set up by the North Carolina Green Building Council.

Last week, a bill passed in Florida that blocked LEED certification. Let’s hope North Carolina reconsiders before taking its forests and its economy in the wrong direction.