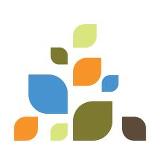 Commitment to ongoing work with other forestry companies remains strong

On the third anniversary of the signing of the historic Canadian Boreal Forest Agreement (CBFA), environmental signatories are suspending further work with Resolute Forest Products. They remain committed to continuing their work with other signatory companies to plan for protection of critical Boreal woodland caribou habitat and sustainable forest management practices.

“We are very pleased with the groundbreaking solutions for conservation we have forged under the CBFA with companies such as Tembec, Alberta Pacific Forest Industries, and Millar Western Forest Products in northeastern Ontario and Alberta respectively,” said Janet Sumner of the Canadian Parks and Wilderness Society (CPAWS).

“We are also optimistic about advancing conservation and sustainable forestry plans through our on-going work with Tolko, Weyerhaueser, Corner Brook Pulp and Paper in Manitoba, Saskatchewan and Newfoundland.

“However, despite three years of work we feel we have not been able to make meaningful progress towards science-based conservation and sustainable forestry plans with Resolute Forest Products on its large tenures in Quebec and Northwestern Ontario.  After creating and revising  numerous conservation analyses, and putting several workable proposals on the table, we have come to the sad conclusion that Resolute will not  do the minimum that the science says is required to protect our forests and the threatened caribou that call them home,”  adds Sumner.

“We believe that Resolute is not meeting its commitments to ensure caribou survive on the forests it manages.  In our opinion, it has so far proven itself unwilling to strike a balance between its economic interests and the local survival of a nationally threatened species,” added Todd Paglia of ForestEthics.

The environmental groups’ assessment, based on federal government science, is that Resolute’s forestry plans would severely diminish the chances that any caribou herds within their tenures will survive after their logging operations.  The federal recovery strategy under the Species At Risk Act requires that all caribou herds in Canada be managed to create a minimum likelihood of 60% survival.

All environmental signatories to the CBFA are suspending further work with Resolute until it can commit to scientifically defensible conservation plans that would give caribou a reasonable chance of survival.

“The CBFA has proven itself a workable model with companies that honour their commitments.  Last year, signatories announced a joint caribou action plan for northeastern Ontario that proposed an 8,000 km2 logging-free zone to protect critical caribou habitat and an increase of wood supply for local mills,” adds Sumner.

In Northeast Alberta, signatories supported the establishment of the proposed Dillon River Wildland Park and the Gipsy-Gordon Wildland Park, and this month have agreed on an approach for Caribou Action Planning in the Athabasca and Cold Lake regions. They are now commencing outreach to Provincial, Aboriginal, municipal and energy sector leaders to move forward.

The Canadian Boreal Forest Agreement was signed in 2010 by all member companies of the Forest Products Association of Canada and nine environmental groups. Environmental groups continuing to implement the CBFA are the Canadian Boreal Initiative, Canadian Parks and Wilderness Society, David Suzuki Foundation, Forest Ethics, Ivey Foundation, The Nature Conservancy and the  International Boreal Conservation Campaign.

For more background on the CBFA, visit http://www.canadianborealforestagreement.com