Black Liquor Vote in Maryland a Rip Off for Ratepayers

by Environmental Paper Network | May 1, 2013 | Uncategorized 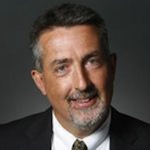 There has been some confusion recently about a proposed piece of legislation in Annapolis called the “blackliquor bill” (HB 1102). Tragically, this bill came one vote shy of passing, even though it would have ended a huge loophole in state law forcing Maryland’s electricity ratepayers to give millions of dollars in subsidies to out-of-state paper mills that contribute nothing to the cleaner energy that Marylanders want.

One misconception is that this bill would have put Maryland jobs at risk. There is one in-state paper mill in Luke, Md., that employs 870 people and that currently receives a black liquor subsidy. Critics claim that those jobs would be threatened by this bill, but they neglect to mention that the bill offered the mill iron-clad protections. In order to protect Maryland jobs, the bill included provisions to keep the Luke mill 100 percent whole with mandatory annual funding from the governor’s budget to the mill in perpetuity. That means that Luke would not have lost a single penny from the passage of this bill.

The second misconception is that we should support paper mills for burning black liquor. Let’s examine that in more detail. Black liquor is a tar-like byproduct of the pulping process and burning it has been standard industry practice since the 1930s. Nearly every paper mill in the country has been burning black liquor for decades, but seven years ago, a handful of mills in Pennsylvania, Ohio and Virginia started getting a subsidy from Maryland ratepayers. They did not do anything new to earn that subsidy. They simply receive money for business as usual.

The driving force behind keeping the black liquor loophole in place — and forcing Maryland ratepayers to subsidize out-of-state paper mills — is the American Forestry and Paper Association (AF&PA). AF&PA is a national trade group representing pulp, paper, packaging and wood-product manufacturing in 47 states and $190 billion in products annually. They are not headquartered in Maryland, and their primary goal is to increase profits for companies outside our state.

Unfortunately, Delegate Galen Clagett, of Frederick, voted to preserve this loophole. Maryland has one paper mill and we should see to it that it is protected. Beyond that we do not owe anything to the AF&PA or any other paper mills. Those mills will continue their decades-old practice of burning black liquor even without Maryland subsidies. We should use our clean energy dollars to invest in new technologies that move our state forward.

Originally published as a letter to the editor in the Frederick News Post.

The Paper Planet is a forum for diverse views and the opinions expressed are those of the contributor of the article, and not necessarily the view of all member organisations or of the Environmental Paper Network.