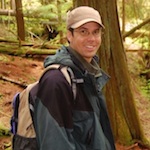 This is part of an ongoing series of articles as a part of the Environmental Paper Network’s Forest Carbon Counts project.  Read other articles in the series here.

Part 1 of The Complicated Case of Black Liquor introduced how black liquor, a sludge-like byproduct of the kraft pulping process, is emerging as a key component of the climate science and policy debate in 2013.

This installment continues the discussion by highlighting a recent Washington Post article which perfectly demonstrates how an oversimplified understanding of black liquor combustion and grouping it on par with wind and solar expansion can result in real-world negative consequences. In this case the result was a drain on limited public resources for climate solutions, while providing no forward progress on alternative energy for the states and taxpayers involved.

The Washington Post article reported that paper mills were claiming alternative energy credits for their burning of black liquor from Maryland and the District of Columbia. They had been making paper and burning black liquor like this for decades, and these credits provided no incentive for additional renewable energy development. They simply gave a subsidy for business-as-usual. The result is that the limited resources of the state program to support “renewable energy” in its portfolio were being devoured by credits to paper mills in the region.

Thanks to a wrinkle in the definition of renewable, the lion’s share of the money used to meet those standards is flowing to paper companies that burn “black liquor,” a byproduct of the wood-pulping process. Paper mills have been using black liquor to generate most of their power needs since the 1930s.

Environmentalists are up in arms over what they see as a perversion of the intent of the law. Instead of encouraging new clean technology, they say, it is rewarding an old practice that emits as much carbon dioxide as burning coal.

“When the renewable portfolio standard first passed, it was unknown how much [black liquor] would get into it,” said Mike Tidwell, head of the Chesapeake Climate Action Network, who appeared smiling in a photo of the signing ceremony when the measure first became law. “It turned out to be a lot, and it’s time for it to come out.” He added, “It’s time for Maryland to stop contributing to that rip-off. Black liquor is the pink slime of energy in this state.”

Read the rest of this in-depth article, here.