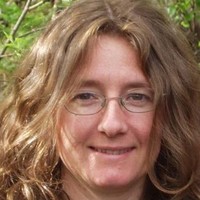 By Mandy Haggith, Co-ordinator of the European Environmental Paper Network

We’re very proud to be able to say that Sergio Baffoni, the Indonesian forests campaign co-ordinator of the European EPN, has been nominated to the UN as a Forest Hero. An excerpt of the nomination follows:

Sergio has developed a highly effective approach to help many of the EEPN’s member organisations to work together to protect Indonesian forests and communities and to educate European markets and investors about the risks associated with paper from Indonesia. He deserves considerable credit in having help to build the pressure that has stimulated the recent announcement by Asia Pulp and Paper, Indonesia’s biggest paper company, that they will cease to source wood from natural forests in Indonesia.

Sergio has also ensured a constant and high quality flow of information from Indonesian organisations and among the European network. He has created and maintained a comprehensive online library of reports, correspondence and other information at http://www.environmentalpaper.eu/indonesia/ and he has kept a growing list of interested activists informed by email. He produces useful campaign tools and briefings which enable people to take positive action to help protect Indonesian rainforests, whatever level of resources they can offer.

Sergio has taken a novel approach to delivering a joint campaign on Indonesian rainforests. He has acted as a facilitator rather than a campaign manager. He encourages bottom-up, grassroots driven campaigning , allowing joint strategies to emerge and encouraging collective effort, without attempting to impose any kind of centralised control. The result of this is trust among a wide network of activists, and a broad range of authentic responses to the destruction of Indonesian rainforest destruction, which combine to make a bigger impact in encouraging the paper industry to work towards greater sustainability.

Sergio has shown that a bottom-up approach really works in helping people to work together to protect biodiversity and stand up for human rights. He has demonstrated that civil society’s diversity is a strength and that we do not need to speak with one voice in order to be heard. He has shown, rather, that there is harmony among our many voices.

Whether or not Sergio is chosen by the UN, he is without doubt a hero to many within our network. Thanks Sergio.

Originally posted on the website of the European Environmental Paper Network.