“For too long, there’s been a focus on just dealing with items at end of life. We need systemic shifts that cut emissions and waste throughout material lifecycles. This includes curbing resource extraction, eliminating waste through redesign, prioritizing reuse and repair, widespread composting access, and an effective recycling system that captures discarded materials to use in new production.”

It’s important to note that packaging is an important part of a company’s or a product’s sustainability but it’s not the whole story. The ingredients, production, use, and waste of products themselves all affect sustainability. Products that are packaged sustainably but contain palm oil, for instance, still raise deforestation issues. Ultimately we need to encourage companies to build sustainability across their business.

Here are some of the most sustainable solutions right now and the companies and policy makers using and advancing them.

Companies are going naked or packaging free, even designing their products and their stores so they don’t need packaging. 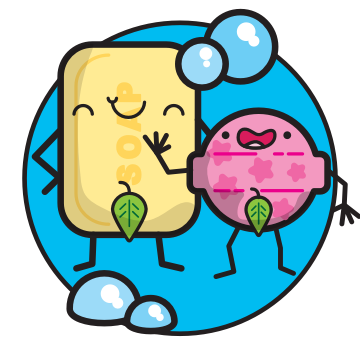 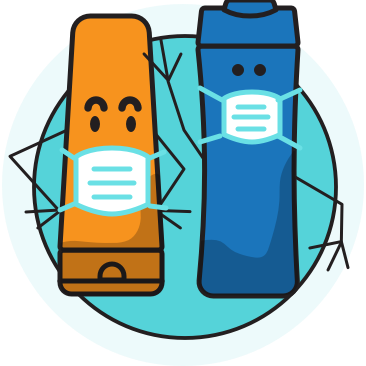 Companies are using reusables for all kinds of packaging.

Wearwell and Toad & Company offer reusable shipper options to their online customers by working with companies like RePack and LimeLoop that make shippers. According to Returnity, another maker of reusable shippers, their packaging is reusable for up to three years and offers a return on investment after five to seven uses. RePack says their data show that RePack users are e-commerce heavy users, spending 30 percent more on average and shopping more often.

Algramo is a Chilean start up that began by selling rice and cleaning products in refillable containers in Santiago, letting customers decide the amounts they want to buy to avoid the “poverty tax” that can come with smaller, prepackaged amounts.Algramo is now providing refills in New York City on big brand home products. NY customers can’t choose the amounts of product with each sale but may see some cost savings as they also buy more sustainably.

Organizations like Use Reusables have helped large and small companies incorporate reusables into their transport packaging, including pallets, pallet wraps, and bulk containers.

It’s common for restaurants to use reusables for dine in service, saving on purchasing and disposal. Cost estimators often show that restaurants and cafes will recoup their investment in reusable food serviceware quickly. Some solutions revisit older approaches that fell away and are coming back. Milk delivery in reusable containers is growing in popularity.

UPSTREAM maintains a directory of businesses that are bringing reusables into food and consumer products delivery. From reusable cups for take out coffee, to refillable grocery and cleaning products systems, to reusables for events and stadiums, exciting new reusable packaging innovations are being launched every week.

Where naked or reusable packaging isn’t possible yet, there are other ways to make packaging more sustainable. 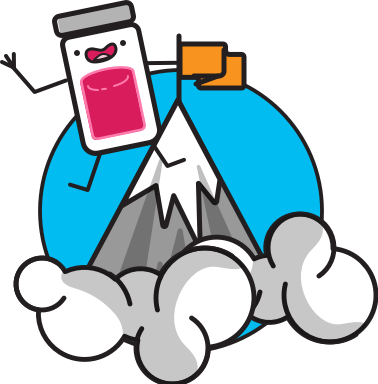 No Tox Life offers their personal care and home products in packaging with recycled content that is also easily recycled after use, and they reuse and upcycle boxes they receive from suppliers and donors.

Seventh Generation, well-known for its sustainability through products like its 100 recycled tissue, paper towels, and toilet paper,  has launched a Zero Plastic line using stainless steel containers and is developing a refill system for the containers.

Willamette Falls Paper is making paper from wheat straw waste from Columbia Pulp. reHARVEST uses the paper to make paper bags made from only wheat straw and post-consumer waste.

Prana has reduced the number of polybags used in their distribution process. They have replaced, wherever possible, polybags with a raffia used to tie up rolled clothing items. This has resulted in them saving 13 million polybags since 2010.

Patagonia reduced the cost of the packaging for its base layer line from 20 cents to six cents by replacing plastic bags with right-sized recycled cardboard card and rubber bands in what it calls a “sushi roll.” They found that customers also like being able to feel the product while they’re shopping.

Outdoor retailer REI has been prioritizing sustainability for over a decade. For example, the company used design innovations to help reduce consumer packaging by 36 percent between 2011 and 2013, cutting out more than 1.4 million pounds of waste.15 The company announced new Product Sustainability Standards in 2018, including standards around responsible paper sourcing and the goal of being a zero waste company by 2020.16 Applying to all products the company sells, the new Standards, said REI, “will help us raise the bar on product sustainability at REI and across the outdoor industry.” Learn more here and here. 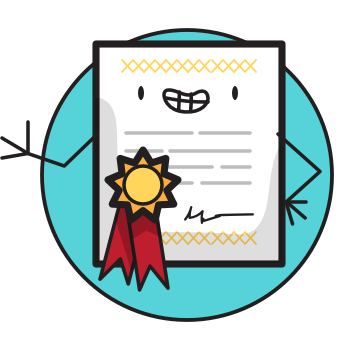 Extended Producer Responsibility (EPR) laws make consumer brands responsible for their environmental impacts throughout the entire life cycle of a product. Globally, EPR for packaging has been in place for over 30 years, proving to be successful at increasing recovery and recycling rates, creating domestic markets for recyclable materials, and incentivising producers to change their packaging design to reduce environmental impacts.

Complimentary waste reduction policies such as container deposit laws (“bottle bills”), pay-as-you-throw waste programs, recycled content standards, and restrictions on problematic single-use plastics work in harmony with EPR to further optimize material recovery and recycling systems. Many existing EPR laws also incorporate other waste reduction policy tools. Germany has outlawed many single-use plastics, including to-go containers, while the United Kingdom’s ban on plastic straws, stirrers, and cotton swabs began in 2020. And in Asia, Japan passed strong EPR legislation in the mid-1990s while Taiwan responded to a public outcry over landfills by introducing producer responsibility legislation in the late 1980s and early 1990s – and it now has one of the best recycling rates in the world. In Canada, five provinces in total – British Columbia, Manitoba, Ontario, Quebec, and Saskatchewan – have legislated EPR for packaging, while Vancouver, B.C. is establishing citywide bans on a number of single-use items and Toronto has partnered with Wisebox on a reusable to-go container program. Nationwide, Canada intends to ban single-use plastic entirely by the end of 2021.

However, most countries have a long way to go to pass comprehensive programs. And EPR programs are set up differently country to country and sometimes they are set up differently between regions or jurisdictions in the same country. One of the important differences is whether the corporate brands only support the program financially or also manage it. Government oversight can play a critical role in making an EPR program successful in terms of sustainability, local economic impact, and transparency. Although EPR has not fully addressed all of the problems within the recycling system, such as waste incineration, it has led to higher recycling rates and lower rates of contamination in many locations. With EPR for packaging emerging across the United States, there are opportunities to optimize programs and sustainability. The Product Stewardship Institute convened a panel in late 2020 to talk about different EPR models with key stakeholders ahead of potential packaging EPR laws in the US. The issues they discuss are relevant in many places.

In the United States, at least 11 states are considering EPR for packaging and paper products. Maine was one of the first to introduce a bill in 2020, but bills have also been introduced in New York, Vermont, and California and are expected in several more states in 2021. California’s existing plastic bag ban mandates that any reusable bags in the state must have 40% post-consumer recycled content in them. When their ban was temporarily suspended due to COVID, the plastics recycling sector suffered significant losses due to the loss of this major end-market for their materials. New York, Vermont, and Washington have had plastic bag bans go into effect in 2020 while a similar ban in Virginia and a stricter ban in New Jersey – which includes paper bags – are set to begin in 2021 San Francisco Airport has banned disposable water bottles and other kinds of single-use plastic

Public private partnerships play a key role, too. The partnerships between Alameda Unified School District and Dispatch Goods and between Palo Alto Unified School District and ReThink Disposable are great examples of government agencies, advocates, and local businesses coming together in ways that reduce waste, support the local economy, and provide the kind of change the public is ready fo.

Join us in the movement
for sustainable packaging!

We are grateful to the following organizations for their contribution to the creation of this resource
and for their ongoing work to make packaging more sustainable around the world.

Looking for ways to help?

Jump to the solutions

Why does it matter?

What can I do?